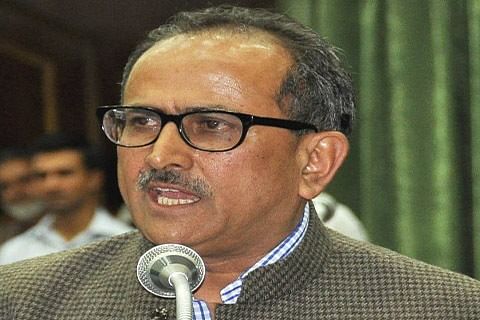 Jammu, Feb 18: In yet another relief to senior BJP leader and former Deputy Chief Minister of Jammu and Kashmir Dr Nirmal Singh, and his wife Mamta Singh, the Jammu and Kashmir Special Tribunal has extended the stay on demolition order of the Jammu Development Authority (JDA) that had asked the couple to demolish their “illegally” built bungalow within any delay.

The house is located near the Army’s ammunition sub-depot in Ban village of Nagrota.

The matter is in court since November last year.

After hearing the arguments and considering the rival contentions of the parties, the J&K Special Tribunal headed by Judicial Member Rajesh Sekri directed the registry to list the case on 25 February. The court further extended the stay on demolition till next date of hearing.

JDA’s Building Operation Controlling Authority had served an order on the Nirmal Singh and his wife who is also a BJP leader, asking them to “remove the illegal structure on their own level or “the same shall be demolished by the enforcement wing of JDA and cost of removal shall be recovered from you as arrears of land revenue”.

The Law Officer of the JDA, who was also present in the case informed the Bench that the Counsel appearing for the JDA, Advocate Adarsh Sharma is occupied before the Division Bench of the High Court of J&K and Ladakh, and sought time on his behalf to advance the arguments in the matter.

Advocate Muzzaffar Ali Shah while advancing his arguments, took the court through the record placed on the file by him along with his application and submitted that it was on his RTI exposure and subsequent application, the JDA was forced to take action in the matter and that too when the double standards of JDA were being questioned by the general public.

Advocate Shah further submitted that the JDA has been in collusion with the alleged VVIP violator and has been shielding the illegal acts of the alleged violator.

He argued that the Appellant Mamta Singh has flouted the law of the land with impunity because the husband of the appellant was holding a powerful public office.

Shah added that Dr Nirmal Singh was not only the Chief Minister of the erstwhile State but also the Chairman of the Board of Directors of the Jammu Development Authority and for this reason, the JDA was reluctant to take any action against the high-profile violators.

Advocate Jugal Kishore Gupta along with Advocate Rahul Sadotra appearing for the appellant Mamta Singh in response submitted that the appellant is not claiming any relief against the applicant seeking impleadment and that none of the rights of the applicant will be violated in case he is not made a party to the proceedings. He further argued that the controversy involved in the appeal is between the alleged violator and the JDA, as such, it is for the JDA only to defend its action. knt