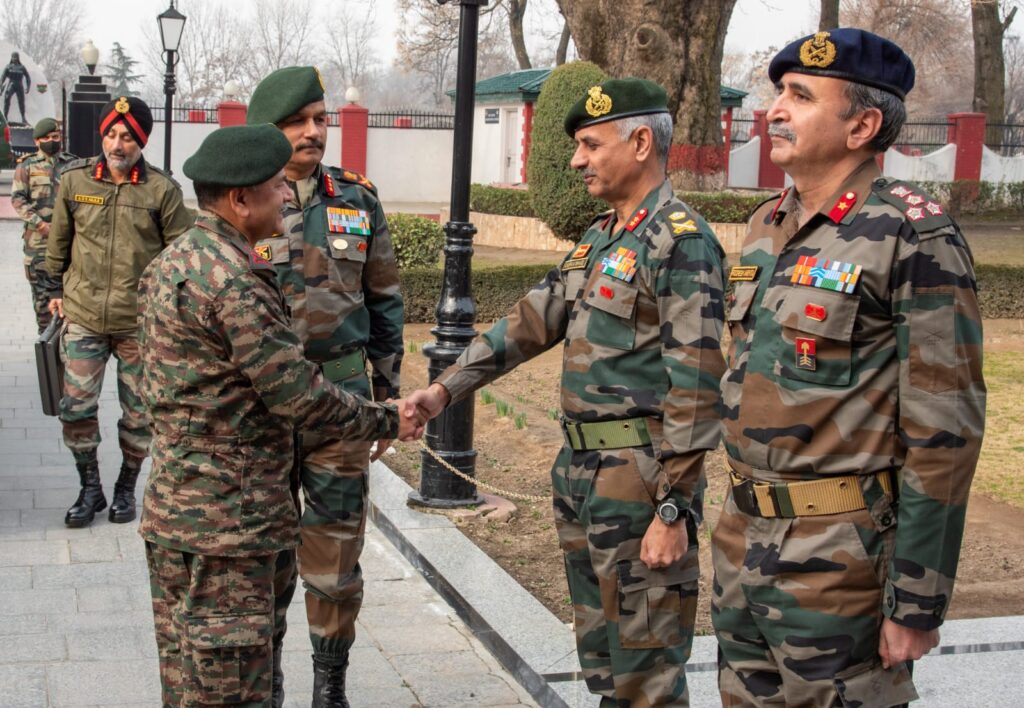 Briefing about the itinerary of the Army Commander, PRO Defence in a statement received here said that he arrived at Chinar Corps Headquarters on 14 Feb 2022.

This is Dwivedi’s maiden visit to Chinar Corps after taking over the command of the Northern Army Command, based at Udhampur on February 01, 2022, the statement read.

He interacted with the senior officers of Chinar Corps and lauded the strong counter infiltration grid along the Line of Control (LoC), the spokesman stated.

“He also appreciated the strict control exercised by the formation to abide by the Cease fire understanding between the DGMOs of both India and Pakistan, which will complete one year on 25 February 2022. For the hinterland, the Army Commander complimented Chinar Corps for the conduct of operations with precision ensuring zero collateral damage. He was appreciative of the excellent Soldier – Citizen connect activities, which have resulted in overall reduction in the [militant] recruitments”, the statement reads.

“The visiting officer also paid homage to the 40 bravehearts of CRPF who had made the supreme sacrifice during attack on the convoy on this day three years ago”, the statement reads.

“The Army Commander interacted with various civil functionaries and members of the civil society. He appreciated the rapid steps that are being taken by all agencies for sustainable peace and development of Kashmir. He lauded the synergy between all elements of the security forces and the Civil Administration”, the statement concludes. gns