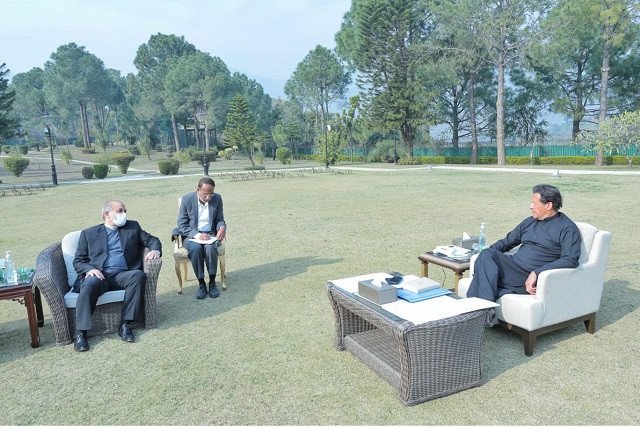 The visit of the Iranian interior minister came against the backdrop of recent terrorist attacks in Balochistan that borders both Iran and Afghanistan.

The statements put out by the PM Office and the ISPR suggested that border security was one of the key agenda items. While the prime minister stressed joint cooperation to address security issues, the army chief said enhanced cooperation between the “two brotherly countries is vital for peace and stability in the region”.

The prime minister expressed satisfaction over positive momentum in the brotherly relations between the two countries and highlighted vast potential that exists for enhanced collaboration in diverse fields.
The army chief highlighted the need to put in collective efforts to deny any space or liberty of action to be exploited by miscreants along the Pak-Iran border.

The military’s media wing said the geo-strategic environment, particularly the regional security situation and bilateral cooperation in defence and security domains were discussed during the meeting. “The Pak-Iran border security mechanism, including border markets, came under discussion,” the statement added.

The Iranian minister, as per the statement, stressed that stability in Afghanistan was a collective regional stability and appreciated Pakistan’s efforts for peace and stability, particularly humanitarian assistance being rendered to mitigate challenges faced by the people of Afghanistan. (Express tribune)