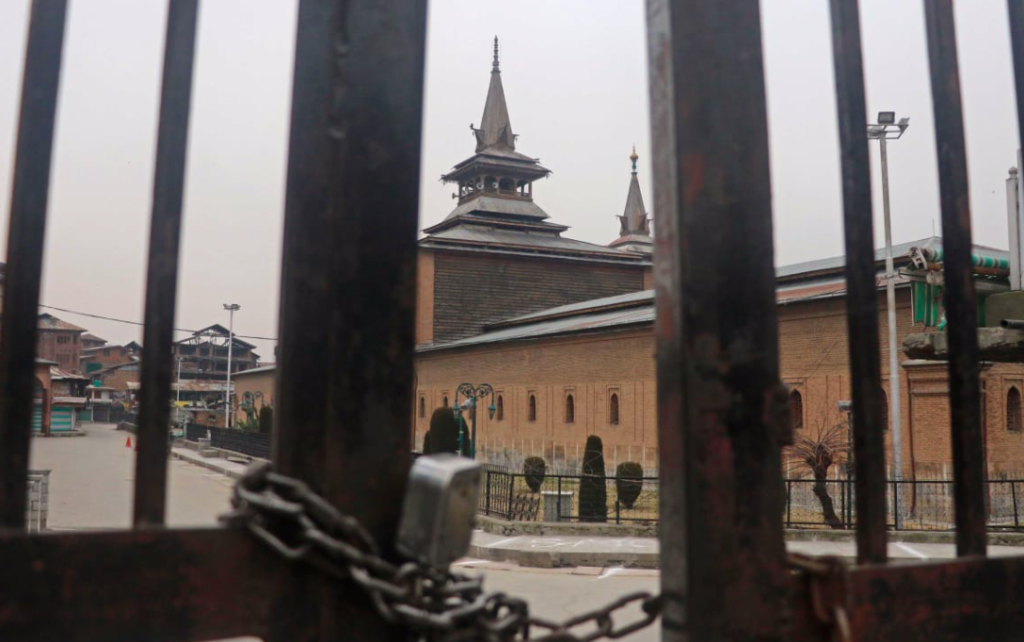 “It is the 28th consecutive Jummah Mubarak and the first ten days of the month of Rajab al-Murajab are also coming to an end, but the administration while continuing with its dictatorial attitude today, once did not allow Muslims to perform important duties such as Friday prayers at the historic Central Jama Masjid Srinagar, the largest place of worship in Kashmir and the main centre of da’wah and preaching,” Anjuman said in a statement.

As such the Mimbar Wa Mihraab of the Jama Masjid, which used to reverberate with Qaal Allah W Qaala Rasool (SAW) continued to be silent which is extremely unfortunate and condemnable, the Anjuman said in a statement.

By doing so, the administration continues to hurt the religious sentiments of Muslims which is reprehensible in every respect, the Anjuman said and reiterated that the two-and-a-half years of ban on the topmost religious leader of the Kashmiri people, Mirwaiz-e-Kashmir Molvi Umar Farooq, due to which he is unable to perform his religious obligations as well as the duties the Institution of Mirwaiz enjoins upon him. This is unjustified.

The Anjuman said that it was also very surprising that despite the peaceful protests and voices from all sections of the society across Jammu and Kashmir, the Jama Masjid was not allowed to open for Friday prayers nor is the release of Mirwaiz-e-Kashmir being carried out.