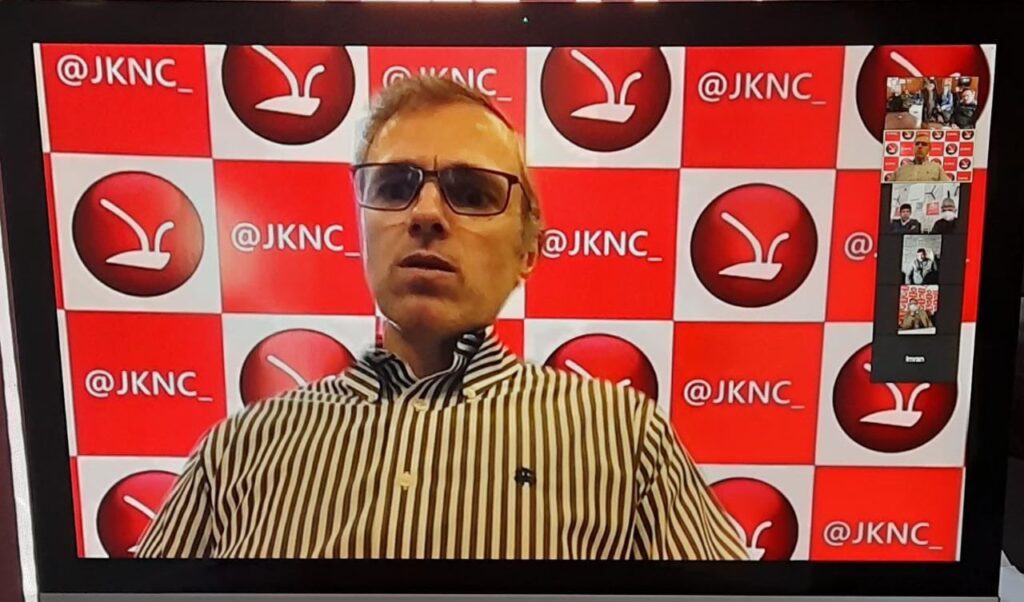 During the course of the meeting, the vice president had real-time interaction with the party constituency In Charges, Provincial and Zonal Presidents.  During the breadth of the meeting the implications of the delimitation commission second draft report and the prevailing political climate were debated upon by the functionaries.

During the six hour long real-time interaction, the constituency In Charges of Kashmir province shared their appraisement with regards the delimitation draft working paper with the Vice President.

Interacting with the Party’s In Charge Constituencies and other functionaries, Omar encouraged everyone attending the meet to step up direct contact with people as well as keeping a close tab on the evolving political situation in their respective constituencies.