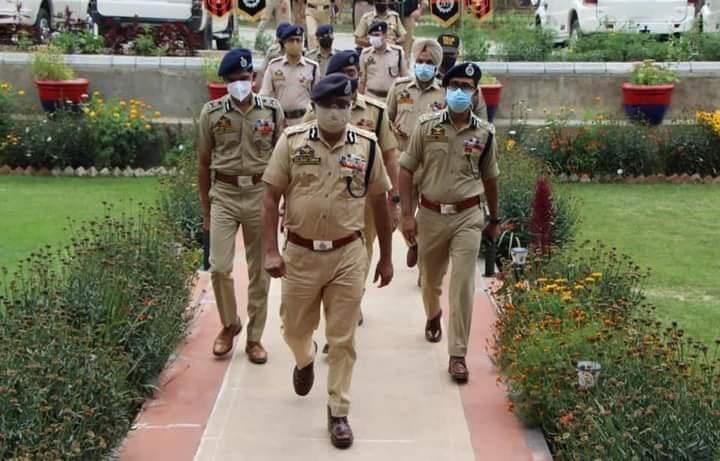 Jammu, Feb 09: Amid controversial second draft report of delimitation commission, security agencies of J&K were seen in a huddle on Wednesday during a security meeting held in Jammu.

“Among others who were present include Shaleen Kabra, Home Secretary, Special DG CID, Divisional Commissioner, all Brigade Commanders of Jammu and Samba Division along with IG level officers from Jammu Kashmir Police, Border Security Forces, Central Reserve Police Force and Deputy Director from State Intelligence Bureau and Special Bureau participated in the meeting,” sources privy to the meeting said.

He informed that various issues of common interest including upcoming Amarnath Yatra, Narco-Terror Nexus and Counter drone measures were discussed to enhance the operational preparedness of Security Forces deployed in Jammu in safeguarding the territorial integrity and internal security of Jammu & Kashmir.

Sources said that security forces agreed to put in place counter strategy to foil drone challenge. “It was agreed to procure drones to counter drone challenge besides ensure that no weapon, drugs and currency is air-dropped through drones either on the LoC or the IB in Jammu region,” a source said.

He said that it was also discussed to ensure peace prevails across Jammu in the wake of delimitation commission’s second draft proposal that advocates merger of Rajouri and Poonch with Anantnag besides merger of other areas.

Sources said that the officers agreed to maintain a close coordination to ensure militancy is eliminated from entire Jammu and the active militants are killed in the days ahead while as all security agencies were directed to keep a tight vigil on suspects. kno