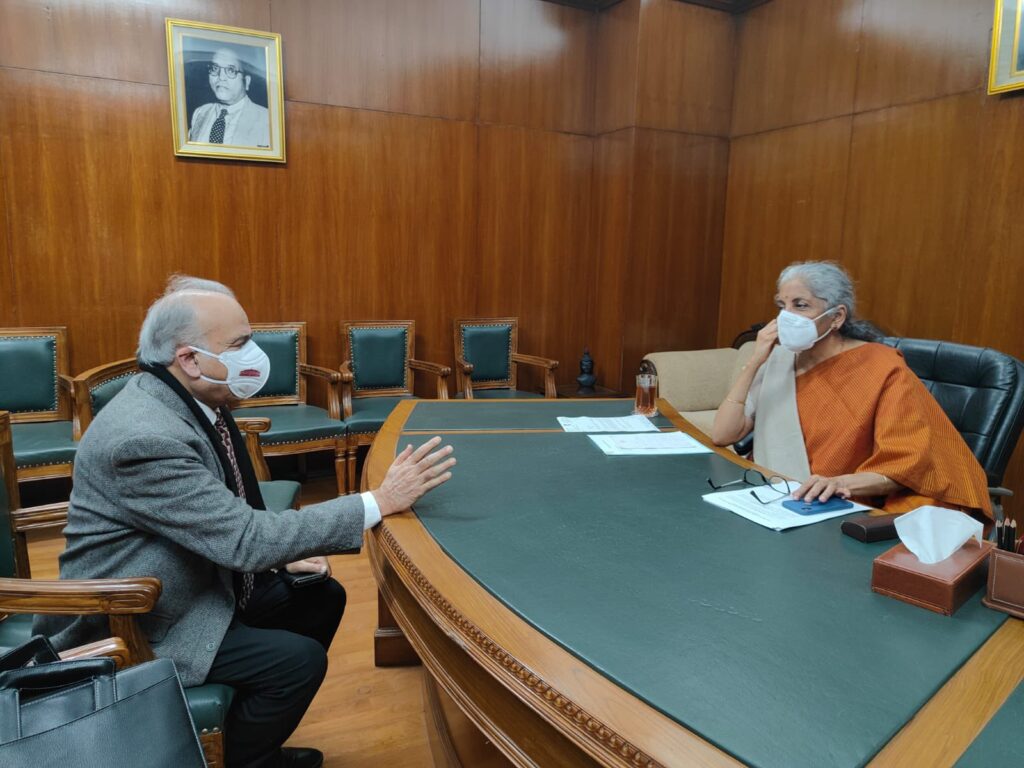 Bringing the grave problems faced by daily rated, temporary, casual, contractual, need based, seasonal and other workers serving in different government departments, local bodies, public sector undertakings and other government institutions in Jammu and Kashmir to the notice of the Union Finance Minister, Masoodi, as per a statement, contended that these employees have been in service for decades altogether and have been serving people with dedication and commitment and in most of the cases are sole breadwinners of their families. “The State cannot be unmindful of its obligation to secure social and economic justice to this literally exploited segment of society,” he said.

Expressing satisfaction over the action following his repeated pleas on the issue, Masoodi said, “It is satisfying that the issue raised by me during Zero Hour on 01.12.2021 prompted the Government of India to write to the J & K administration seeking necessary information/inputs. The relevant details are expected to have been submitted by now. The plight of more than 61000 daily rated, temporary, casual, need based, seasonal, local fund, contractual, contingency paid and other workers is of grave concern,” he said.

The phenomenon of engaging employees on contractual basis, Masoodi noted, was not unique to Jammu and Kashmir. “The role of the State as a welfare State has with the advent of time widened to new areas unknown to a police State. It became a key service provider, manufacturer of goods and even a partner in trade and commerce. The multifarious roles assumed made it necessary to hire extra hands. This explains the large number of daily rated, temporary and casual workers,” he added.

Highlighting the problems faced by this important component of administration, Masoodi said, “Regularization of 61000 daily rated workers and other workers have been waiting for decades. With delay in regularization they are deprived of a number of benefits like pay scale, grade pay, HRA, education allowance etc available to their colleagues in a pay scale performing similar and in some cases less onerous duties.”

“The scheme devised to provide for regularization must give due consideration to the length of service and not the date of release of wages and also provide for all the benefits available to the regular employees. The long pending problem calls for speedy and hassle free justice,” he said.

Masoodi implored the Union Finance Minister to provide sufficient funds to Jammu and Kashmir for regularization of 61000 daily rated, temporary and other workers, release of minimum wages to all the workers pending their regularization and timely release of all arrears and current wages.