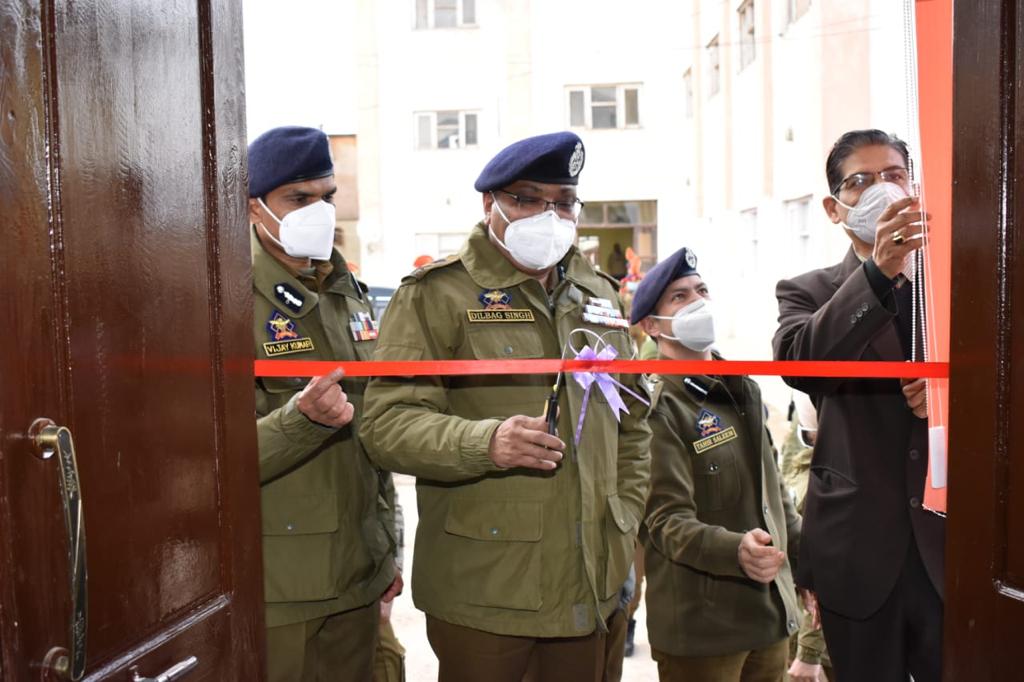 Jammu, Feb 08: Director General of Police (DGP) Dilbag Singh Tuesday afternoon visited Budgam where he inaugurated the newly constructed Joint Interrogation Center. He also interacted with the officers and cops during his tour.

DGP was accompanied by Special DG CID J&K R. R. Swain, and IGP Kashmir Vijay Kumar. He was received by SSP Budgam Tahir Salim Khan and was presented guard of honour on his arrival.

According to a statement,  the new JIC has a state-of-art interrogation system and will be equipped with the latest gadgets and technology to achieve better results in our investigative and operational work.

After inspecting the newly constructed building, the DGP interacted with the officers. He directed them to be more vigilant and keep pressure on the anti national elements and their supporters.

He stressed upon officers to identify the people and OGWs who support these anti national elements and help sustain the militancy eco-system. He appreciated the recent successes of J&K Police and other security forces against militancy in different encounters.

He said that synergy between the forces have always been useful in our CT Grid. Communication at the grass root level of all forces should be clear to achieve success against anti national elements.

DGP emphasized upon the officers that while dealing with any anti-militancy activities and law and order scenario, civilian convenience and security should be always kept in mind to the best possible extent. He said that the people of Jammu and Kashmir have stood firm with the J&K Police against the war on militancy.

Senior Superintendent of Police (SSP) Budgam and other officers present on the occasion briefed the DGP on the security measures taken for ensuring a peaceful atmosphere in the district.