Three lower-rung officials to run GMCs and their associated hospitals 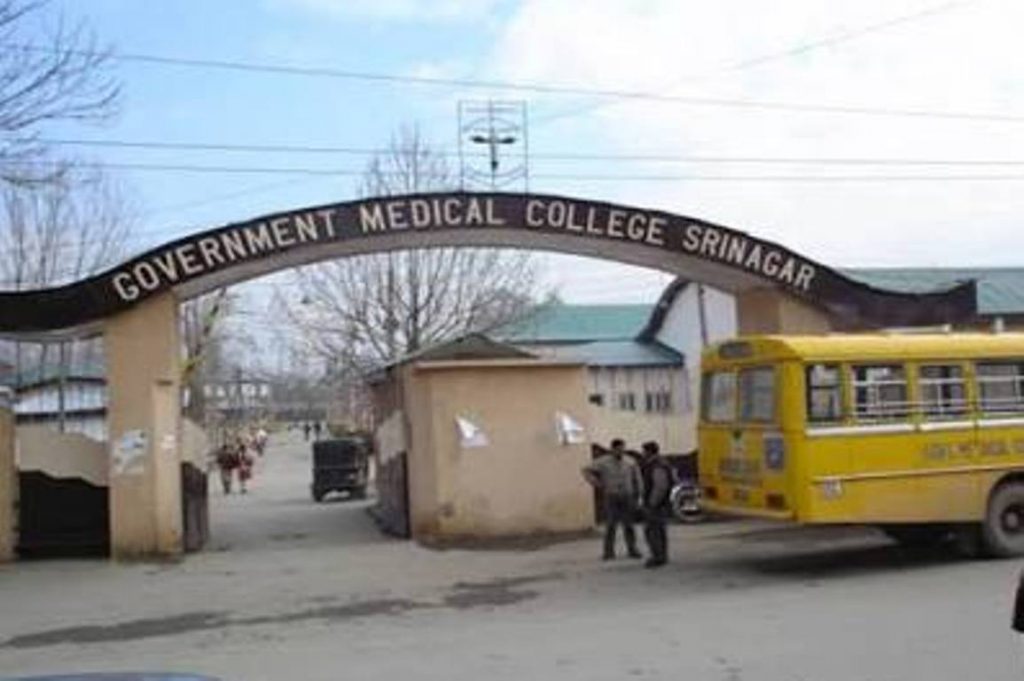 Srinagar, Jan 23: At a time when the central government across the country is empowering health experts to lead the healthcare systems, the Jammu and Kashmir administration has handed over Government Medical Colleges of Jammu and Srinagar and their associated hospitals to lower-rung bureaucrats, a move that has drawn a flak from the medical experts and Medical Faculty Association (MFA) of GMC Srinagar.

The decision is in violation of National Medical Commission (NCM) guidelines wherein principals are administrative, clinical and academic heads of the medical colleges, experts say.

They say in India’s health policies the medical colleges are enshrined as independent academic bodies for academic and clinical excellence prototype of which are AIIMS, PGI, and JIPMER.

The move to turn Principals of these medical colleges into ceremonial heads is seen as a major setback to the healthcare system of Jammu and Kashmir.

The GMC Srinagar and its associated hospitals, which are at the forefront in the fight against the COVID, trauma, and other health emergencies, would be run by the three bureaucrats in a hierarchy, a senior health official  said. “The decisions would be based on their administrative experience while patient care needs medicos to decide and prioritize,” he said.

Experts termed the government decision as bizarre and laced with contempt for the health experts and doctors.

They say it is amazing that an officer will be one time in animal husbandry, another time in revenue and third time in these health institutions.

The additional chief secretary Health and Medical Education Vivek Bhardwaj on Friday called a meeting to assign the duties and responsibilities to administrators, personal officers, and administrative officers of government medical colleges and subordinate departments of health and medical education department.

As per government order the files and information submitted to the administrative department will move upwards in hierarchical/pyramid pattern from administrative officers to Personal Officers to administrators of medical colleges of Srinagar and Jammu.

“The powers of the Principal Medical College will be given to an administrator who will decide about the fate of doctors, paramedics, HoDs, and budget everything. The principal will have no say,” another official said.

These officers have been assigned the job of all matters related to service and utilities, supervision of non-gazetted employees, personnel matters of all gazetted and non-gazetted of employees viz promotions, seniority list, APRs, departmental inquiries/vigilance cases, in-situ promotions etc. They will also look after public grievances, reference of vacancies, service records of all gazetted employees, budget and planning matters.

Government has also appointed them as heads of survey boards and local purchase committees.

These lower-rung officers will be responsible for conducting training of non-gazetted employees, monitoring of funds provided by the NRHM under various schemes, vigilance for the concerned medical colleges/departments, legal matters.

The decision has triggered resentment among the doctors and senior faculty members who are “planning a protest” against it.

They say the move is aimed to undermine the institution of medical professionalism and decades of experience in dealing with integral health systems.

“A middle rung bureaucrat who’s on tenure post as administrator and in a lower pay band than a professor in medical college would take months to understand the operationalization of medical colleges and associated hospitals,” said another expert.

A senior faculty member of GMC Srinagar said, “Principal isn’t just a senior medical teacher but an experienced administrator who runs their departments and has a definite understanding of running academics and patient care in unison,” he said.

The Medical Faculty Association (MFA) in a statement said that the draft proposal was a clear infringement on the rights and the jurisdiction of the executive heads of the medical institutions ensured by the National Medical Commission and the University Grants Commission.

The plan was against the affairs of undergraduate, postgraduate and postdoctoral students where the principal was a signatory between NMC, the university of affiliation and the students, it said.

“It is demoralising to the faculty members who are busy fighting unrelenting variants of COVID-19 like Omicron, and Delta,” it said. “The doctors were doing it in addition to their routine responsibilities of healthcare and medical education.”

The statement further said no such precedent was available from any medical institutions in any of the states or union territories.

The MFA has urged the Lt Governor administration not to go ahead with the draft proposal.  kdc