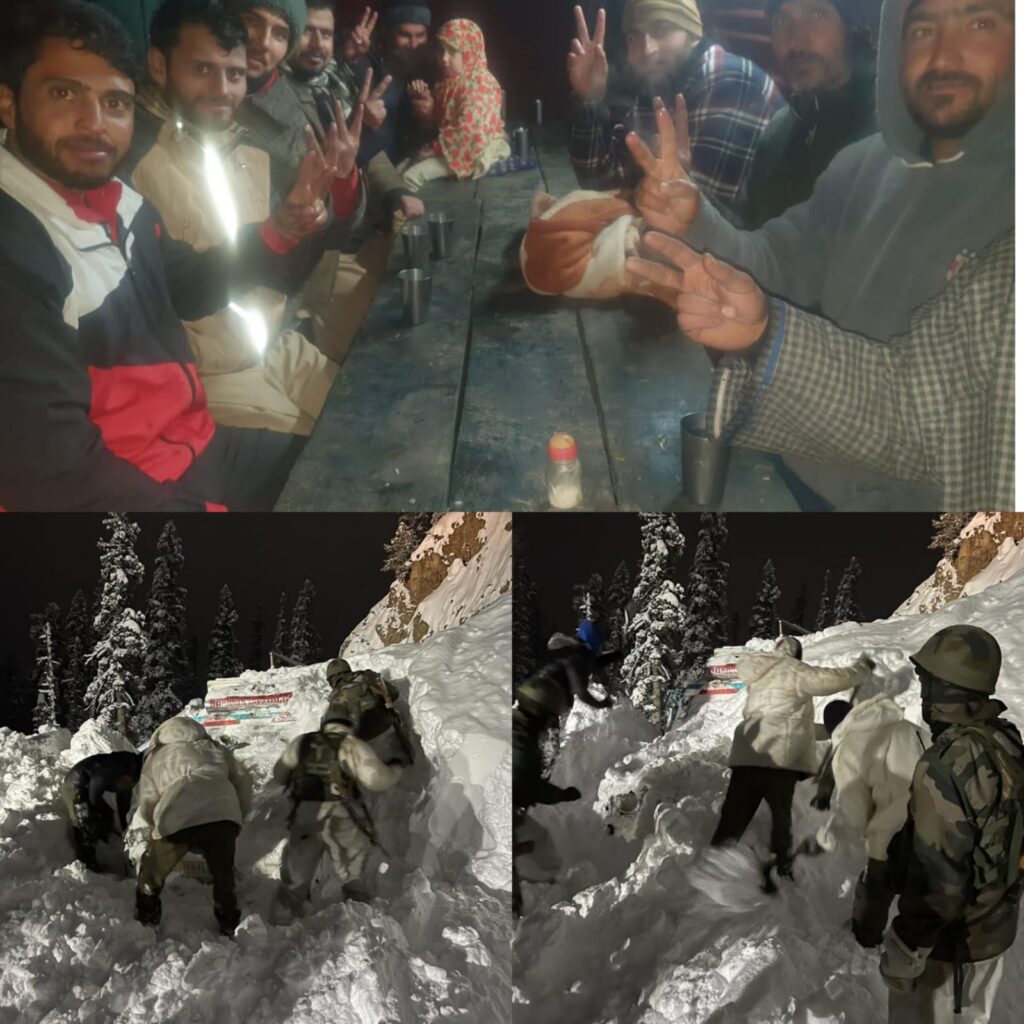 Srinagar, Jan 18: Amid fresh snowfall, Army on Tuesday said it rescued at least 14 civilians, who had got stuck after twin avalanches hit Tanghdar-Chowkibal highway of Kupwara district in north Kashmir.

The avalanches, triggered by snow on Tuesday morning, blockedTangdhar-Chowkibal road and 14 civilians including a child were stranded along with their vehicles.

“Army’s avalanche rescue team from Neelum Company Operating Base under Captain Kuljot Singh along with GREF immediately swung into action after information about the stranded vehicles full of passengers, including women, children and elderly was received,” a defence spokesman said in a statement.

14 civilians including women, children and a critically ill heart-patient were rescued by the army team, it said.

“The rescued civilians expressed gratitude to Army for timely action and saving their lives,” the spokesperson added.