Sagar calls for end to intimidation to registered transporters 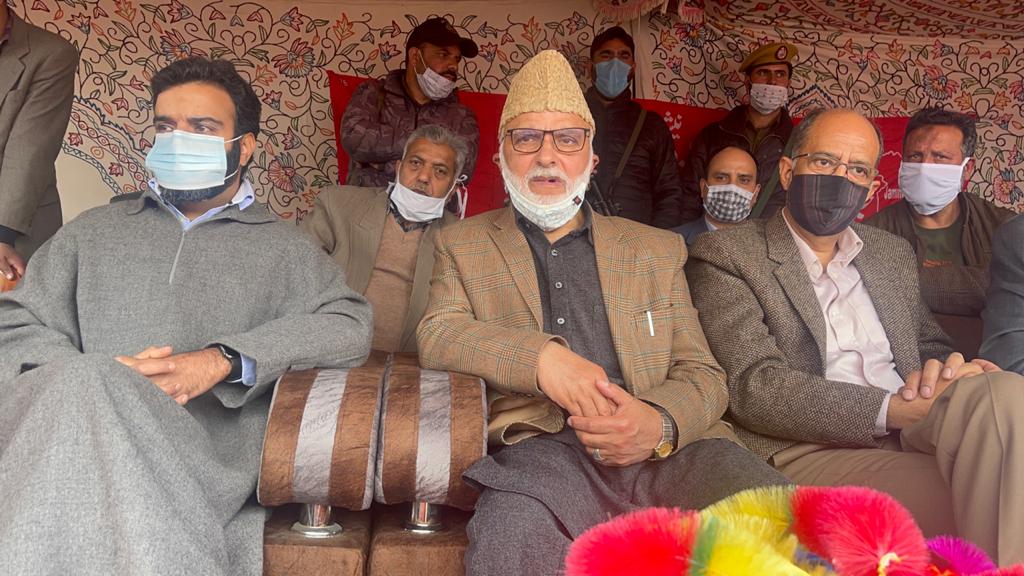 Srinagar, Jan 17: The Jammu and Kashmir National Conference on Monday asked the administration to provide an enabling environment to Srinagar based registered transporters to operate on all inter and intra district routes.

This was said by the party general secretary Ali Muhammad Sagar after a  delegation of Kashmir transport workers association headed by its president Shabir Ahmed Matta called on him here at the party headquarters Nawa-e-Subha Srinagar.

The party General Secretary who was all ears to the concerns raised by the visiting delegation said that he will raise the issues concerning them at all appropriate forums.

“It is distressing to hear how these transporters aren’t allowed to make their humble living. I had contacted the concerned authorities earlier as well on this issue after I was approached by various other transport associations,” he said.

Calling for a consensus between transport authorities and transporters on route issues, Sagar said the government’s vacillating approach on routes has aggravated the transporters. The undue intimidation, he rued, has further aggravated their plight.

Calling for an enabling environment for these registered transporters to operate on all inter and intra district routes, Sagar asked the concerned authorities to ensure that transporters aren’t intimidated.