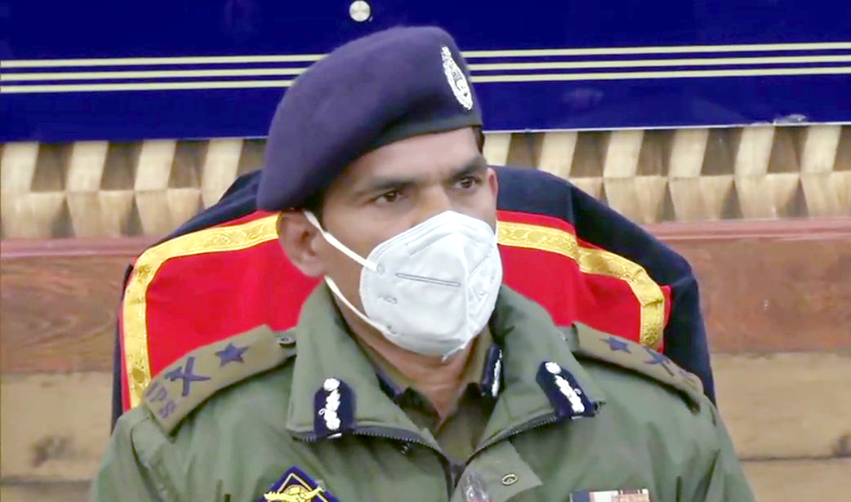 Srinagar, Jan 11: Inspector General of Police (IGP) Kashmir Vijay Kumar  on Tuesday asked officers to make all necessary and required arrangements in connection with 26th January for ensuring peaceful celebrations of the event.

The directions were passed by him while chairing a security review meeting at Police Control Room Kashmir through video conferencing with Range DIsG and district SSsP of Kashmir Zone. DIG CKR Srinagar and SSP Srinagar attended the meeting at PCR Kashmir.

A police spokesman said in a statement said that IGP Kashmir was briefed by the participating officers about the overall security scenarios in their respective areas and the security measures being adopted to counter the challenges.

IGP Kashmir was also briefed about the security measures and preparations put in place in connection with upcoming R-Day besides, the measures taken in view of third Covid wave.

While interacting with the officers, IGP Kashmir discussed the initiatives taken for the maintenance of law and order besides anti-militant operations in the valley, the spokesman said.

“IGP Kashmir also appreciated them for their commitment towards their duties and contribution in maintenance of law and order and in conducting successful anti-(militancy) operations with no collateral damage,” he said, adding, “(The IGP) emphasized upon them that such efforts and coordination with other forces working on ground should continue to ensure a peaceful atmosphere in the Valley.”

IGP Kashmir directed the officers to ensure that the police personnel who are the frontline workers be provided with Covid-19 booster dose in view of surge in Covid cases and the existing infrastructure including isolation wards etc be got activated to meet any eventuality. He also stressed that the police personnel be sensitized about adhering to Covid Appropriate Behaviour (CAB).

The IGP Kashmir also directed the officers to intensify the war against drug peddlers and root out the menace from the society, saying that this is spoiling the career of youth.

He also directed them to personally supervise the probe into the narcotics cases to improve the conviction rate. Besides, he also directed the officers to build up strong police-public relationship at all police levels and conduct regular interactive meetings with general public as such meetings particularly with youth will not only help in curbing the drug menace but will strengthen the police-public interface, the spokesman added.

“IGP Kashmir was concerned over the incidents of theft of copper wire along the railway track meant for electrical trains,” the spokesman said, adding, “He directed the concerned district SSsP in whose jurisdiction the railway track passes to take all possible measures to prevent such thefts as also to identify the culprits involved in the crime.”

The officers were also directed by the IGP Kashmir to ensure timely help to those who require any assistance in view of inclement weather conditions and the special help-lines so established shall remain functional 24×7 with dedicated manpower.

“IGP Kashmir also said that persons involved in disturbing the prevailing peaceful atmosphere should be dealt strictly under law.”

He said that stringent action shall be taken against such elements who misuse social media platforms for inciting violence including trouble makers and rumour mongers, the spokesman said. “He also instructed all District SSsP to enhance anti-(militancy) operations in their respective areas besides, taking strict action against OGW network.”