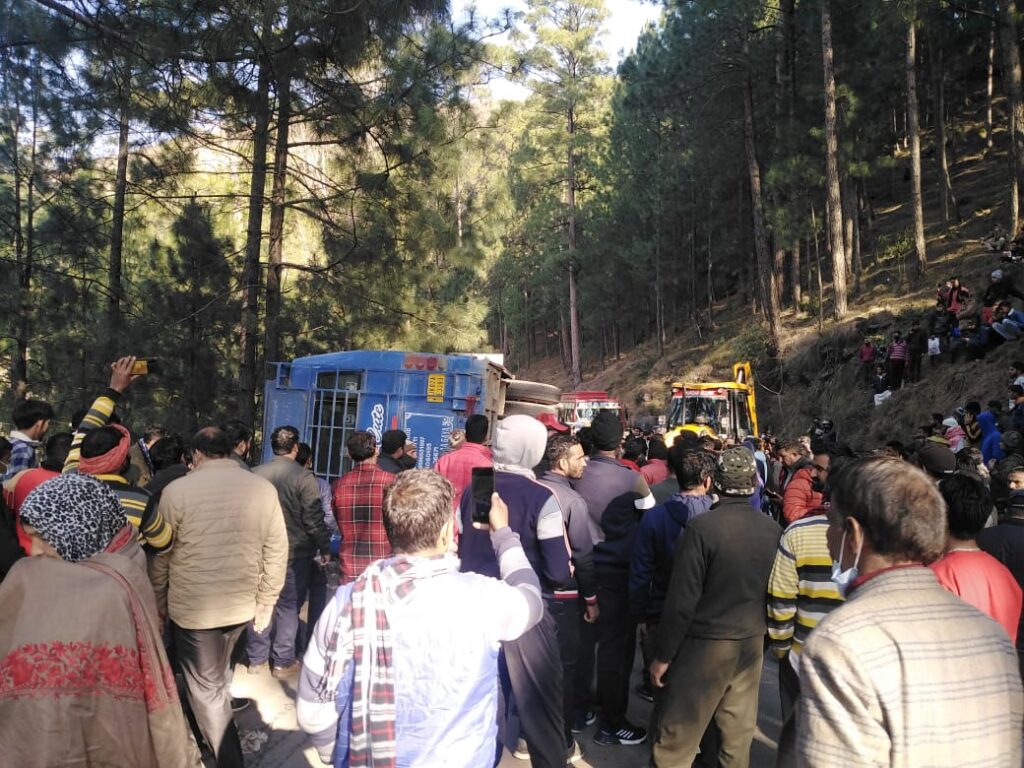 Jammu, Dec 30: Two persons were killed and several others were injured when a bus they were travelling in turned turtle in Rajouri district on Thursday.

Official sources said that the bus (JKO2AE-3393) on way from Rajouri to Gambir Mughala met with the accident near Kakora mode, resulting in on the spot death of two persons and injuries to several others passengers.

The injured were removed to hospital in at least five ambulances rushed to the spot by authorities soon after getting information, they said.

SSP Rajouri Mohammad Aslam confirmed to GNS that death of two persons. He said the rescue operation was still underway. “A massive rescue operation has been launched and all the injured are being removed to hospital,” he said. gns