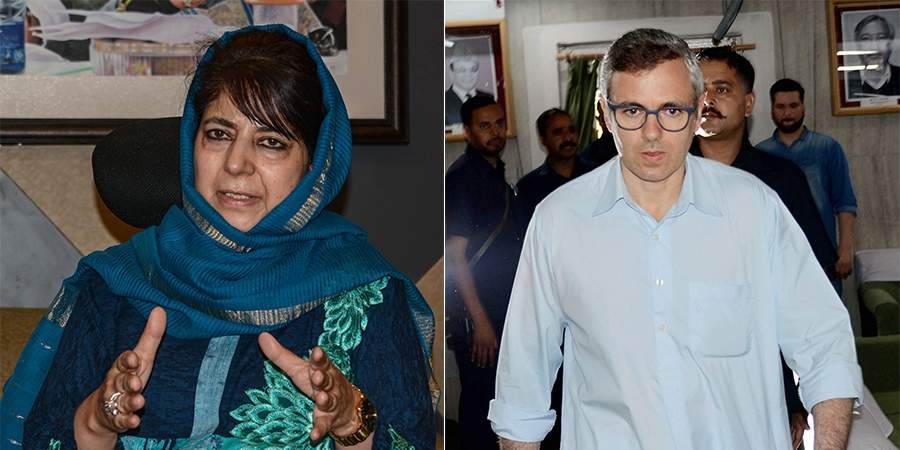 While Mehbooba termed it as “engineering demographic changes” in erstwhile state, Omar said that the latest move “rekindle fears about the motives behind such decisions.”

“After depriving locals of their rightful share of govt jobs, such abrupt policy decisions that pave the way for outsiders to buy land in J&K are taken only to further disempower locals,” she said.

The administration, in a flip-flop on Thursday, paved the way for conversion of agriculture land for non-agricultural purposes, just 13 months after framing laws to protect the Union Territory’s farm land.

“Allowing use of agricultural land for non-agricultural purposes is another nail in the coffin of the “land to the tiller. This landmark reform has been a major reason for the low levels of poverty and it will also threaten the food security of the people of J&K,” reforms in J&K,” Omar Abdullah, who is vice president of National Conference, said in a tweet.

“The fact that this conversion of land use doesn’t even require the 15 year domicile certificate as a prerequisite will also rekindle fears about the motives behind such decisions,” Omar added.

National Conference (NC) in a statement denounced amends  to regulations to convert agriculture land for non-agricultural purposes, saying the measures have rekindled the fears about the motives behind such decisions.

This was stated by the party spokesperson Imran Nabi Dar while taking strong exception to the fresh order on the land usage regulations. “The fear of demographic change has never been far from peoples’ minds and this change to the land use will only strengthen these fears. Besides the fact that this conversion of land use doesn’t even require the fifteen year domicile certificate as a prerequisite, will also rekindle fears of demographic change,” he said.

The party Spokesperson said that in April 2012, the J&K High Court had passed directions against the misuse of agricultural land, sensing the enormity of crises. “Ours is a high altitude region, where land holdings are very less. Farmers in Jammu and Kashmir are officially recognized as marginal farmers because of very small agricultural land holdings estimated at 0.55 hectares during the agriculture census. This measure will further push them to wall,” he said, calling for an immediate rollback of the amendment. gns