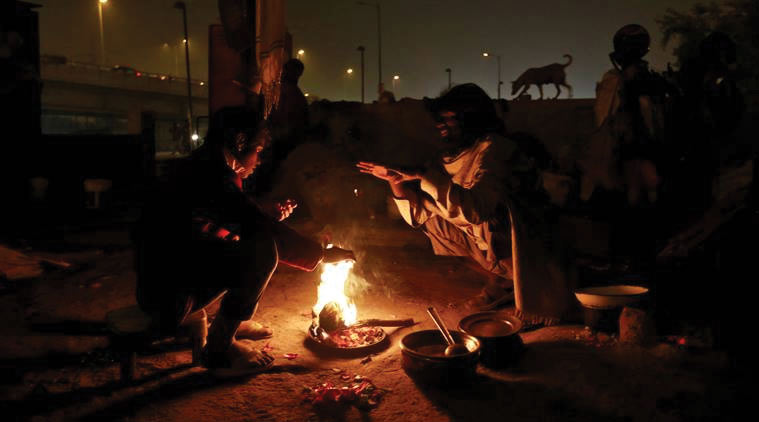 Srinagar, Dec 7: Amid clear skies, Kashmir Valley and Ladakh recorded freezing cold conditions with world famous skiing resort of Gulmarg recording minus minimum of 7.0°C while Drass in Ladakh had season’s coldest night at minus 18.4°C.

A meteorological department official here said  that Srinagar, the summer capital of J&K, recorded minimum of minus 1.4°C against previous night’s 2.6°C. The temperature was below normal by minus 0.8°C. The mercury fell as low as minus 2.5°C on December 1 which was lowest temperature recorded this season in Srinagar so far.

Qazigund recorded minimum temperature of minus 0.2°C against 3.2°C on the previous night, he said. The temperature was 0.6 °C above normal for the gateway town of Kashmir for this time of the year, he said.

Pahalgam, the famous resort in south Kashmir, recorded a low of minus 4.8°C against 0.6°C on previous night.

Kupwara town in north Kashmir recorded a low of minus 1.0°C against 1.0°C on the previous night, the official said.

Gulmarg witnessed a minimum of minus 7.0°C which is minus 3.3°C for the world famous skiing resort in north Kashmir’s Baramulla district, the official said.