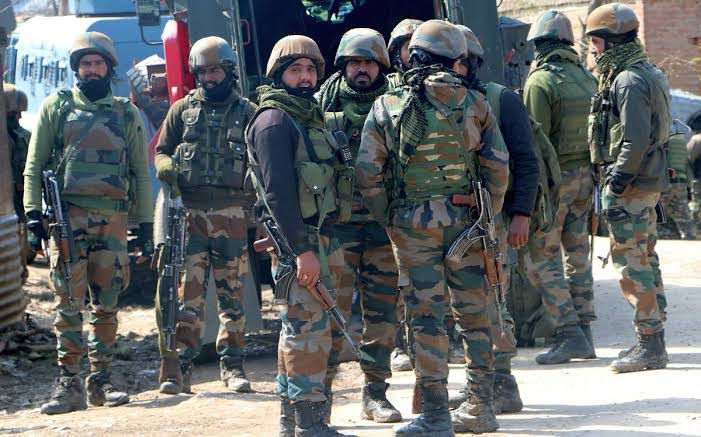 Srinagar, Nov 06: At least five additional CRPF companies comprising over 500 men have arrived in Srinagar from South and north Kashmir parts with officials stating the additional forces have been brought in as part of “international rationalisation.”

However, what has triggered a debate is that at some places in Srinagar, the additional CRPF men have been lodged in marriage halls located in civilian areas. A CRPF official said that they are in Kashmir to assist J&K police and they don’t go to any place unless they are sought. “It is the J&K administration and the police that sends requisition to the Ministry of Home Affairs after which fresh deployment of CRPF men is made,” the official said. Asked how many additional companies of CRPF have been brought in to Srinagar, he gave a guarded reply stating that some five additional CRPF companies have arrived in Srinagar at the “request of administration and police.” Pertinently, each CRPF company comprises 100 to 135 men and each company is headed by an Assistant Commandant rank officer. This signifies that over 500 additional CRPF men have arrived in Srinagar.

Sources said the issue of deploying additional forces in Srinagar was discussed in the recent security meeting chaired by the Union Home Minister Amit Shah in the summer capital. “It was decided to prevent civilian killings and to protect minorities, there was a need to add some manpower to the police in the form of additional CRPF men,” a source privy to development said.

The source said that deployment of CRPF men will be made in the areas where members of the minority community are putting up. “There would be forces deployment in the vulnerable areas as well and also near government schools, apart from other identified areas,” he said.

However, what has triggered a debate on social media and criticism from the locals of some Srinagar areas is the decision of authorities to lodge CRPF men in marriage halls located in congested civilian population areas. Talking to KNO, CRPF spokesman in Srinagar Abhiram said that a few companies of CRPF have been lodged in one or two marriage halls in Srinagar. “Some additional CRPF men have been brought in from south and north Kashmir areas to be deployed in Srinagar. Our deployment is based on the requisition by the UT administration or the police, we don’t come on our own,” he said. “Bringing some men from south and north Kashmir has been done under an internal rationalization process. As and when, decision is taken, they will go back to the areas where they have been brought in.”