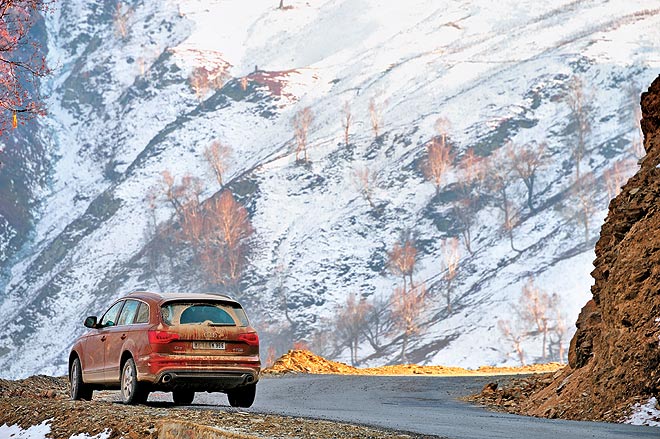 A view of old Mughal road in Rajouri

Srinagar, Nov 4: Authorities have restored Mughal road – connecting Poonch and Shopian districts – after halting the vehicular traffic movement along the thoroughfare on Thursday morning following snowfall on intervening Wednesday and Thursday night in the region.

DTI Mughal road said that the snowfall caused slippery conditions, which forced them to close the road for vehicular traffic. Men and machinery were in the meantime pressed into service and the road made through after five hours, the official said.

Meanwhile the official citing rough weather conditions over the terrain has issued an advisory, asking anyone intending to take journey on the thoroughfare, to cross the Mansar Morh (Peer Ki Gali) along the thoroughfare between 10 a.m – 4 p.m unless otherwise revised.