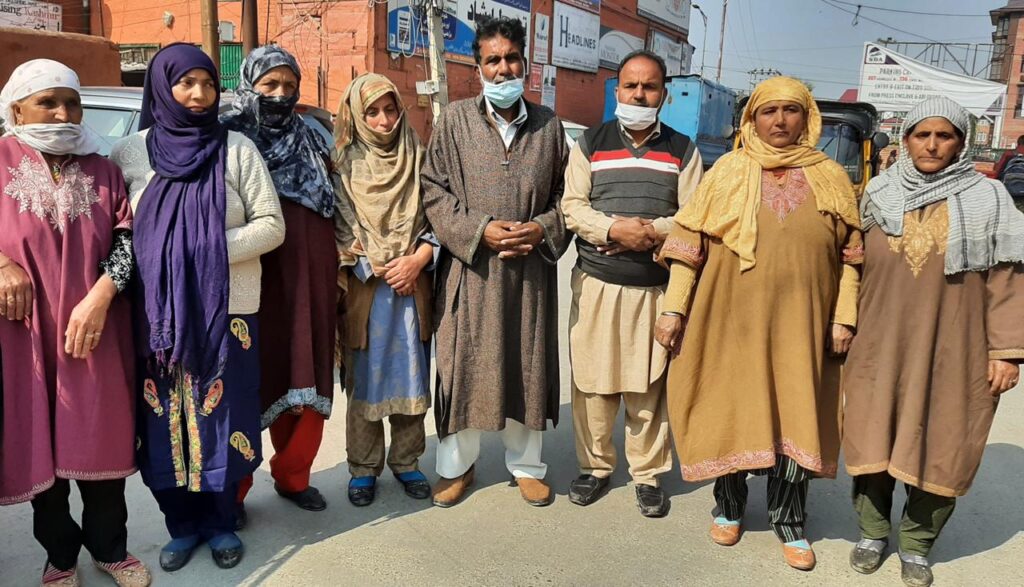 Srinagar, Oct 29: The family of a Kashmiri student from Bandipora district on Friday staged a protest in Srinagar and demanded immediate release of their son who has been arrested under sedation charges in Utter Pradesh’s Agra.

The family said that their son, who has been arrested for allegedly celebrating Pakistan team’s win over India in World T20 cup, is studying in Agra college.

“We belong to a poor family and the government has helped our ward to study in outside college,” the family said.

Hafeeza, mother of Showkat appealed the government to forgive her son if he has committed any mistake. “My son is my only hope and I can’t see him behind the bars,” she said.

She appealed Lieutenant Governor Manoj Sinha to personally intervene and ensure immediate release of her son on humanitarian grounds.