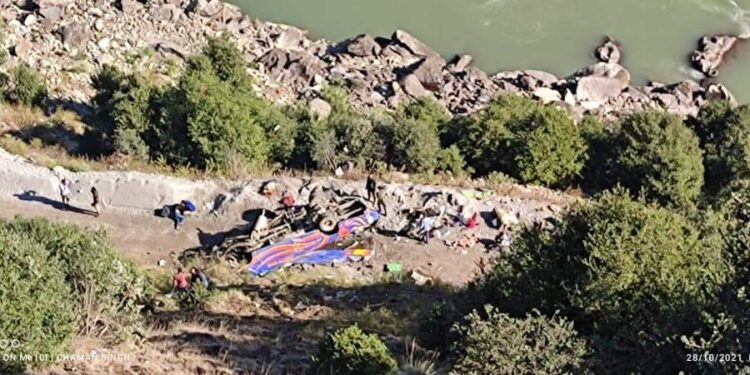 Doda, Oct 28: At least 13 people were killed and 15 others sustained injuries, 4 of them critical after a mini-bus skided off the road and rolled down a gorge in Doda area of Jammu Thursday morning.

The incident was reported from Sui-Gowari area of Doda while the bus was on its way from Doda to Thathri.

An eyewitness said that the police the driver of the bus (JK17-4021) probably lost control over the vehicle and it fell from mountainous slope into the gorge.

Local sources said that at least 13 passengers have died while a child is still missing. The efforts to trace the missing child is underway. They said that 15 passengers have sustained injuries while four of them are critical. knt