2 killed, as many rescued after trapped in snowfall at Sinthan Pass 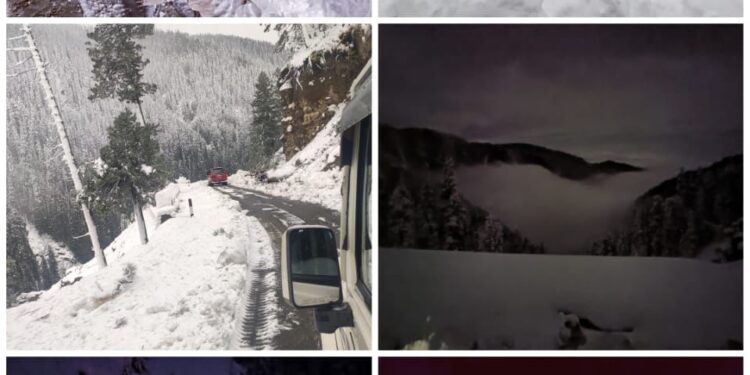 Srinagar, Oct 24: Two persons were killed while two others were rescued after they were trapped at Sinthan Pass in Kokernag amid heavy snowfall on intervening Saturday and Sunday night, officials said.

They said that two vegetable laden Tata Mobile load carriers bearing registration numbers JK17-0053 driven by Imtiyaz Ahmad and JK17-9334 driven by Adil Ahmad alongwith two other persons identified as Dawood Majeed Lone and Amir Ahmad – all residents of Kishtawar, which had gone from this side towards Kishtawar got stuck at Sinthan Top amid heavy snowing.

A team of district administration Anantnag, Army and police rescued two civilians today around 0500 hours from Sinthan Pass, who were stranded due to continuous snowfall, the official told GNS adding “One person namely Imtiyaz Ahmad Mir son of Mohammad Ramzan Mir of Khualchul Kishtawar was found dead on the spot while another person namely Dawood Ahmad Lone son of Abdul Majeed Lone of Dadpath, Kishtawr died during the trip back and two persons survived and are being treated for hypothermia and shock at Sub District Hospital Kokernag.”

SDM Kokernag Er. Sarib Sahran in the meanwhile detailing out the rescue operation said that, “I alongwith my SDPO Kokernag, Irshad (KPS), DySP Kokernag and Captain Pankaj of 19RR, with the brave revenue officials, drivers and Jawans traversed 30km through rough snow locked and foggy terrain, aided by MED machinery and then walked for 8 kms in freezing winds and snow to get back the injured and the deceased from Sinthan” adding the entire midnight operation took around 11 hours and none of the team members suffered any injury due to a professionally planned and meticulously executed operation with full coordination and utmost belief within.”

The SDM said that he would like to thank everyone who prayed for our success, especially DC Anantnag Dr Piyush Singhla (IAS) and CO 19 RR Col Manpreet. gns