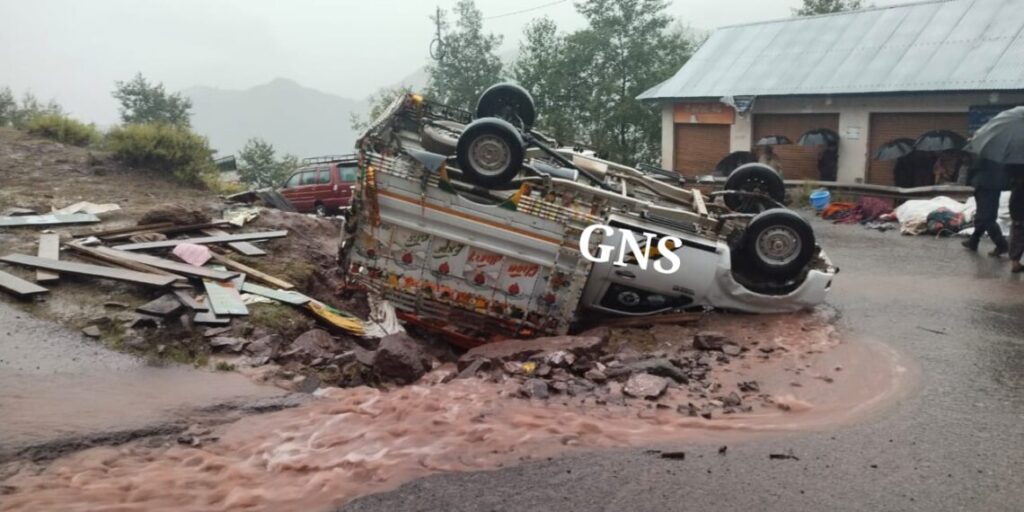 Jammu, Oct 23: Three persons including a mother-son duo were killed and four others injured when a load carrier they were travelling in turned turtle near Chaklass Mahore in Reasi district on Saturday, officials said.

They said the load carrier—Tata Mobile (JK20B-3982), on its way from Pulwama to Chinka Arnas met with the accident at Firdousi Morh Chaklass, resulting in the on the spot death of three persons injuries to four others who have been hospitalized.

The deceased have been identified as Banoo Bibi (42) wife of Mukhtar Ahmad and their son Murshid Ali (5) and Mohammad Imran (11) son Mohammad Sharief, all residents of Chinka Arnas.

“The condition of the injured persons is said to be stable at SDH Mahore,” they said. gns