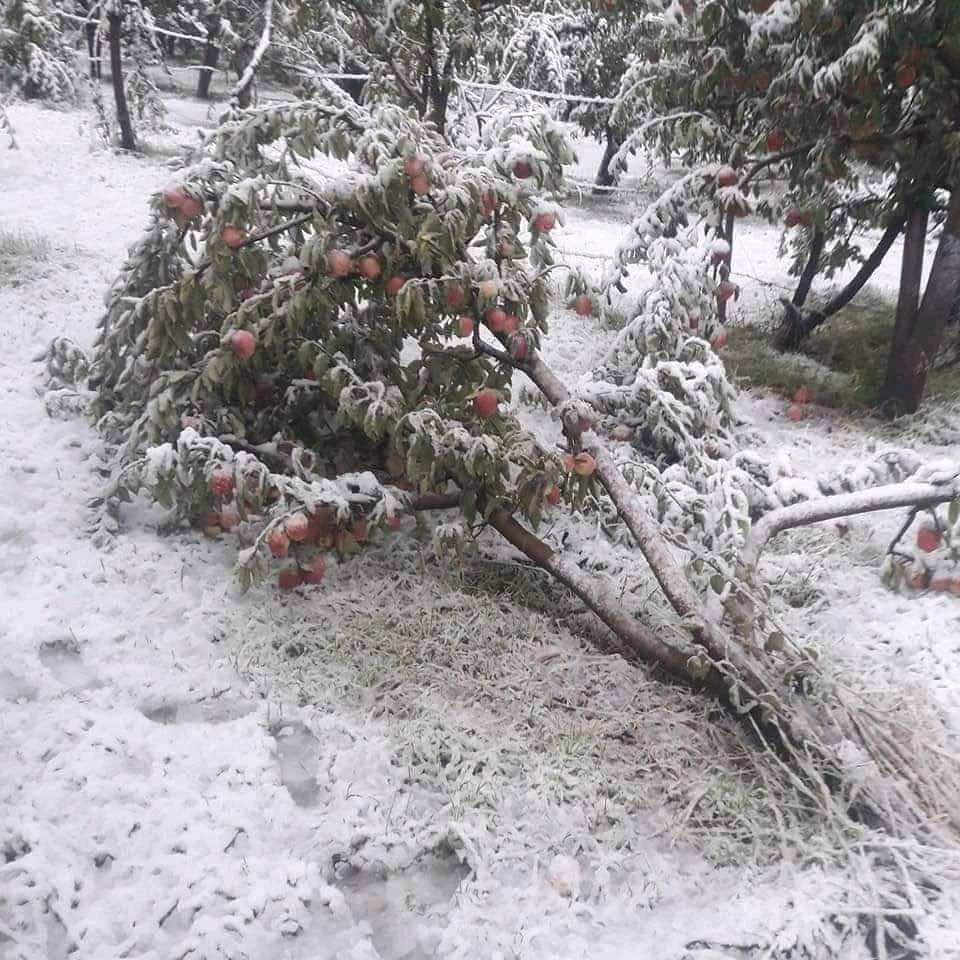 Reports said that the villages comprising Keller, Saloo, and Herpora of Shopian received light snowfall, which has caused damage to apple orchards as the fruit was still on trees when snowfall occurred, adding, apple crop in some areas of Kulgam and Pulwama were also reported to have been damaged.

Chief horticulture officer Shopian said that he along with a team of officials went to visit the affected areas to assess the damage.

“As per initial reports few areas of Shopian, including Keller, Herpora have received snow where it has damaged apple orchards. We are assessing the loss and we will come up with a report later,” he said.

Earlier, Horticulture department had issued an advisory and asked the apple and fruit growers to speed up the harvesting of apples in view of rain and snowfall prediction.