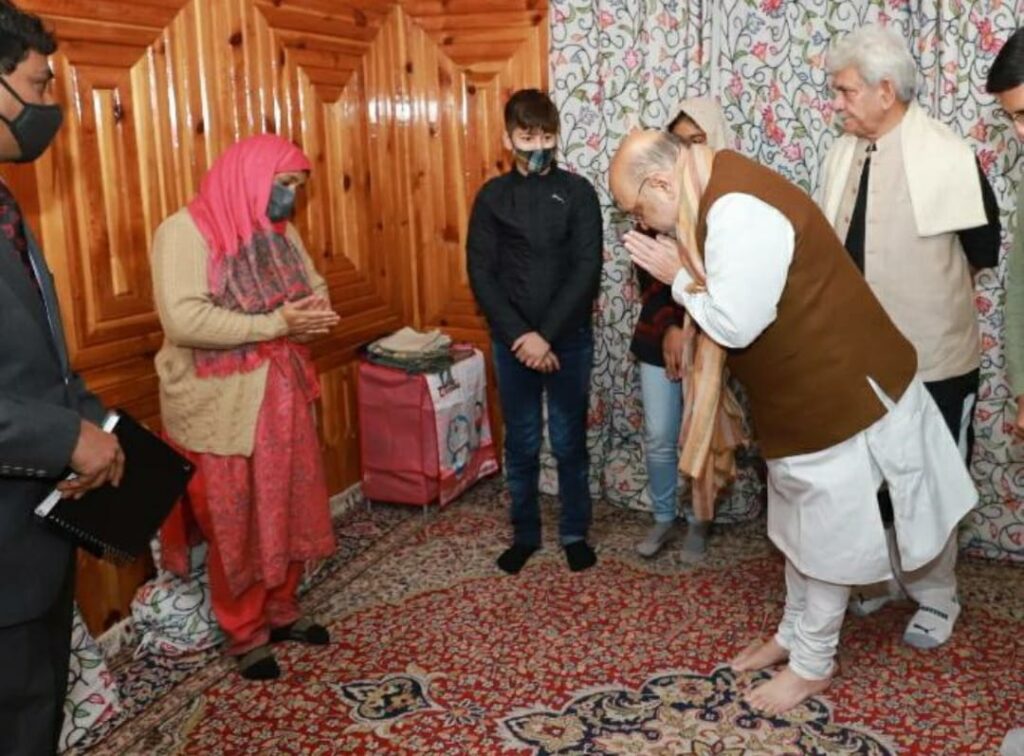 Srinagar: Union Home Minister Amit Shah on Saturday visited the residence of CID Inspector Parvez Ahmed, who was killed by militants last month outside a masjid near his residence in Nowgam area of Kashmir capital Srinagar.

According to reports Shah met Slain CID Inspector’s wife Fatima Akhter and family members and gave her official papers for a government job.

The Union Home Minister is on a three-day visit to Jammu and Kashmir to review the security situation in the Union Territory.

Notably, this is Shah’s first visit to the region since the abrogation of J-K’s limited autonomy in August 2019.

Sources said that a high level meeting at Raj Bhawan in Srinagar with top brasses is on and will later interact with young members of Jammu and Kashmir’s ‘Youth Club’ via video conference at 4:30pm and inaugurate Srinagar Sharjah International flight also via video conference. kdc