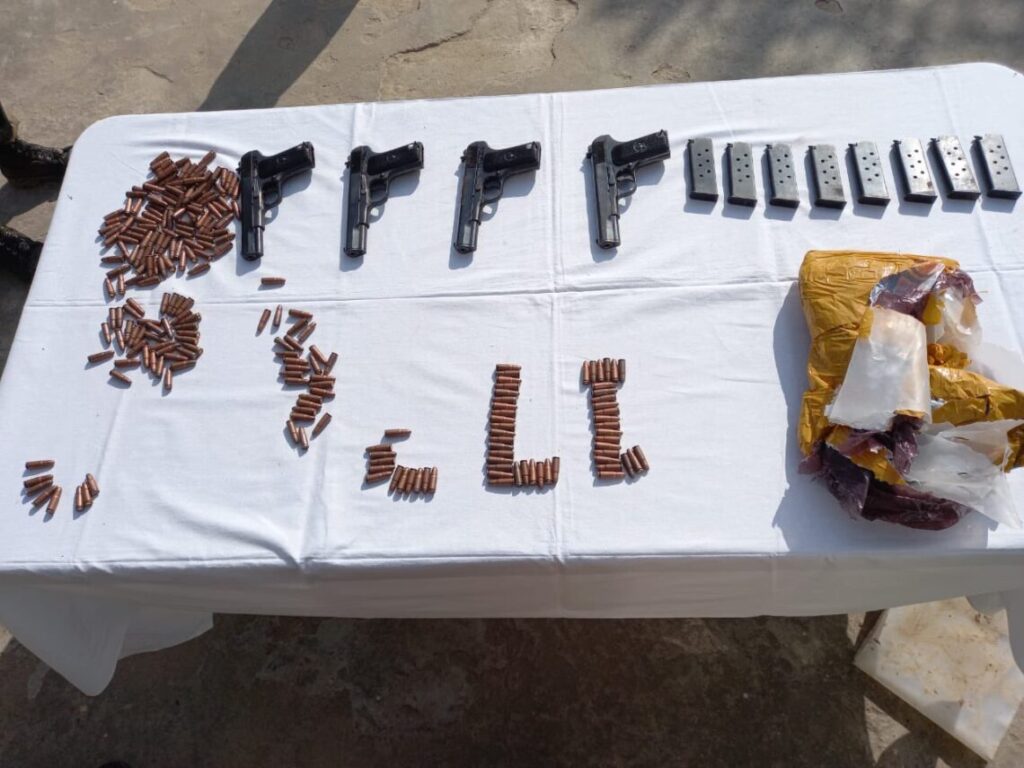 S P S Sandhu, DIG and Pro BSF Jammu said in a statement that a weapon smuggling attempt from across the International Border in Samba area was foiled and four Pistols, its magazines and 232 rounds were seized. gns