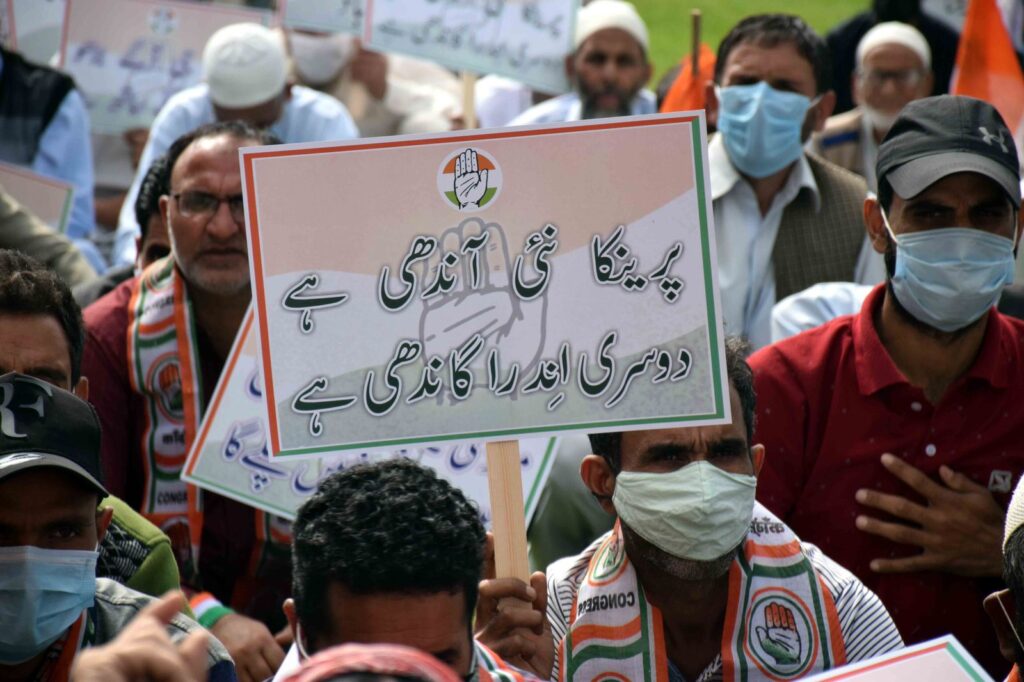 Srinagar, Oct 05: The Jammu and Kashmir Pradesh Congress Committee (JKPCC) Tuesday staged a protest against the arrest of senior Congress leader Priyanka Gandhi in Uttar Pradesh and demanded the resignation of the Yogi government in the state.

Addressing the media, at the party headquarters, JKPCC President G A Mir said that the police highhandedness against the Gandhi is condemnable and it reflects the lawlessness in the state.

“Priyanka ji wanted to sympathise with the farmers and was alone. Her arrest is condemnable,” Mir said.

Mir said all the Congress workers have gathered at the party headquarter to send the message that they all are in solidarity with the farmers of the country.

“The police is not allowing us to move outside of our office. We are here to register our protest,” he said. kno