As Javaid Mustafa Mir joins Apni Party, Bukhari says our mission is to pull people out of Aug 5, 2019 shock 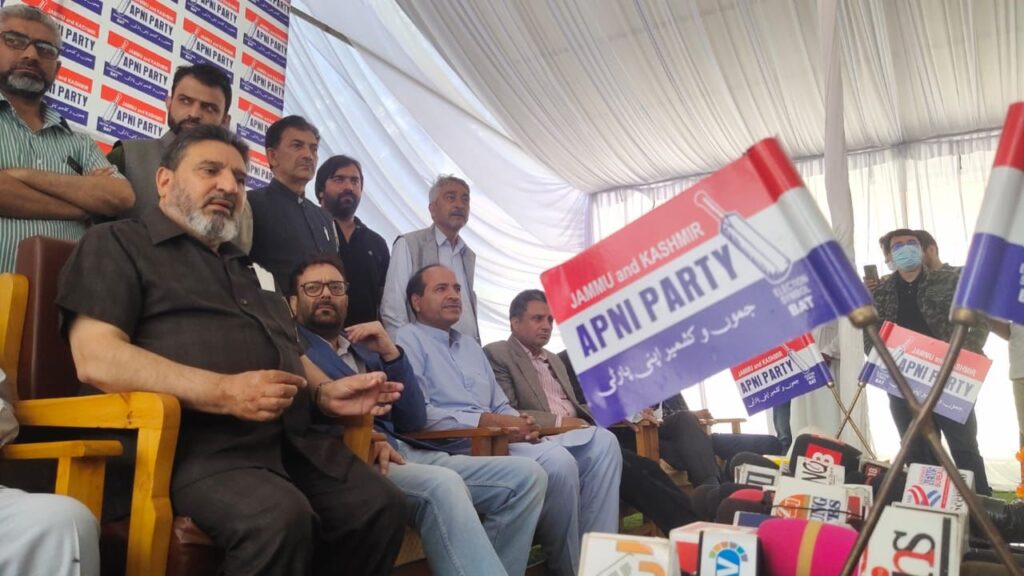 “In the past, we met PM Narendera Modi and the Union Home Minister Amit Shah to ease the worries of people. I welcome Javaid Mustaf Mir sahib with open arms into the Apni Party. His joining will definitely help us in our mission of pulling the people out of the shock given to them on August 5, 2019,” Bukhari said addressing a press conference here.

He said the sole aim of the Apni Party was to achieve what is achievable and not to make hollow promises. “Our mission is to restore the dignity, respectability and the honour of people, so that people feel what has been snatched from them was restored,” he said, adding that the promise made by him to the people that a party that would only work for serving people of J&K is getting fulfilled in the form of Apni Party.

“We are satisfied with our efforts. Just three days back, we urged the GoI and J&K LG to undo the 50: 50 share of NEET students and we are thankful to the J&K LG that it has been undone now,” he said.

He said Javaid Mustafa Mir was his colleague and is his younger brother. Speaking on the occasion, Javaid Mustaf Mir, who has served as a cabinet minister in PDP government, thanked Altaf Bukhari for welcoming him into the party.

Asked why he quit two parties to join the Apni Party now, Mir said it is not the question of changing the agenda as the agenda always remains the same. “At times, you feel like switching to good organizations. I am at a will to decide on my political decisions. The only endeavor should be that people should benefit from our efforts. I believe that’s the big thing,” he said.

About PAGD’s agenda, Mir said that as long as he was with the alliance, he did his job there. “When I was there, Article 370 and Article 35 A was in the court and when I am here, it is still in the court,” Mir said as per KNO.

Replying to a query, Bukhari said that raising people’s issues can never be a criticism. “When we demand anything, that is taken very seriously,” he said. On National Conference patron Dr Farooq Abdullah’s recent assertions, Bukhari said that some statements are being issued for political interests as every citizen of J&K was equal and there was no question of religion. kno