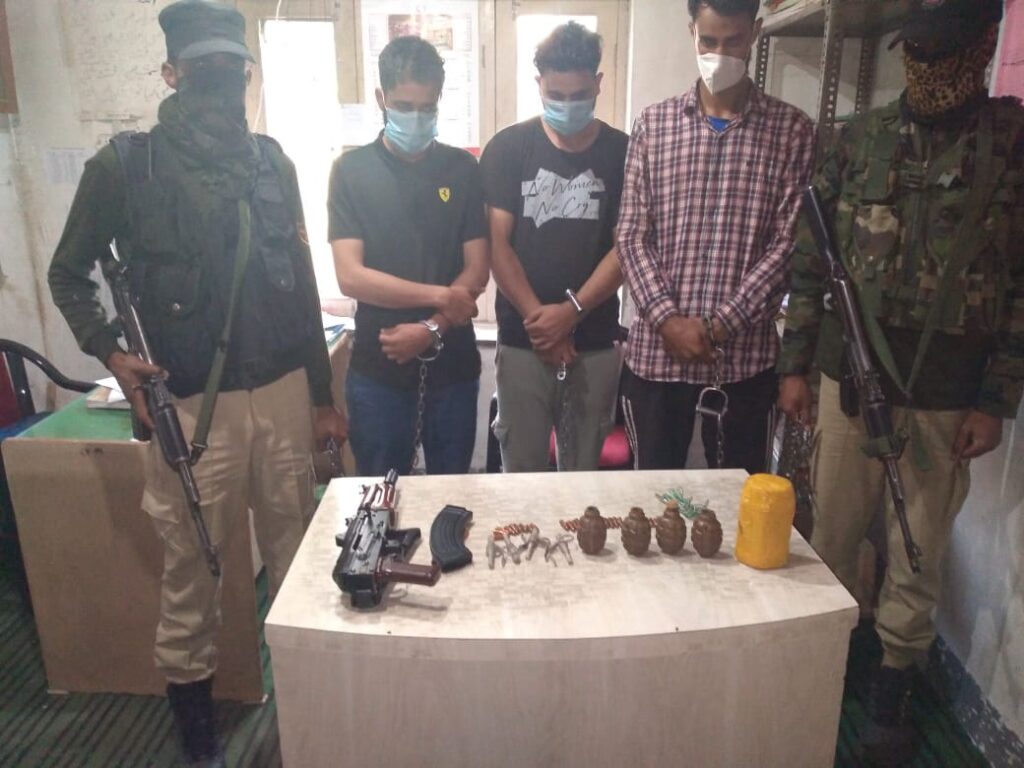 Srinagar, October 01:Police on Friday claimed to have apprehended three persons along with arms and ammunition in Malpora Mir Bazaar Crossing in South Kashmir’s Kulgam district.

In a statement, the police said that on the basis of specific information regarding the movement of Antinationals, Kulgam Policealong with 1 RR 46 BN CRPF established Naka at Malpora Mir Bazar Crossing, Qazigund and during checking three persons riding a Motorcycle bearing registration No Jk13D-7659*& Alto Car bearing registration No Jk13E-2492 were signalled to stop who on seeing the search party tried to flee from the spot but they were chased and apprehended tactfully.

On their personal search a huge quantity of Arms and Ammunitions including, four grenade, four Detonator, one IED, one IED wire, one Ak-47 Short-01, one k-47 Magzine- 01 No and 30 Pistol Round of 09 MM were recovered from their possession. Also the vehicles used in commission of crime have been seized, they said.