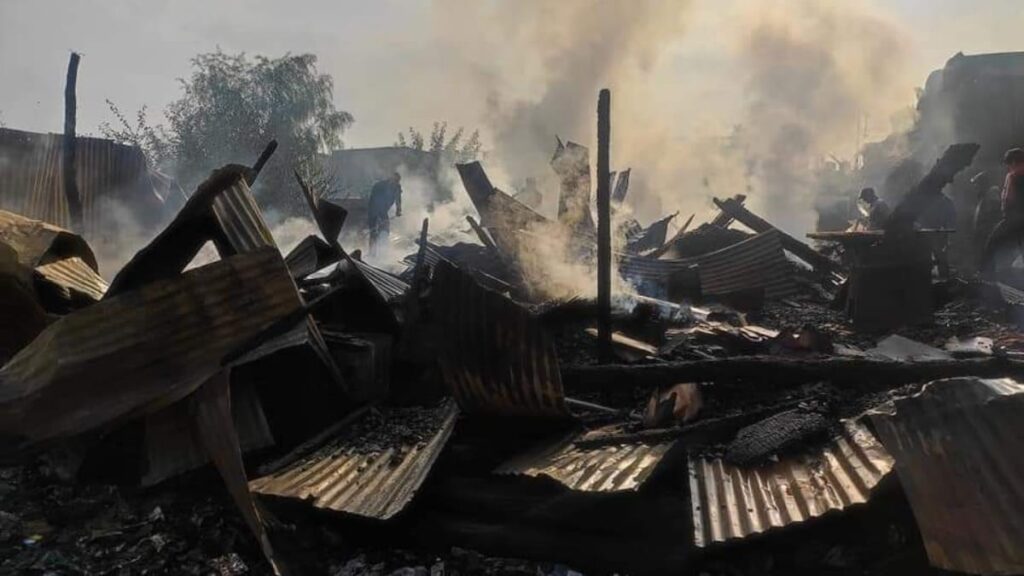 Srinagar, Sep 29: At least 04 furniture shops were gutted in a major fire that broke out in Baba Demb area of Srinagar district on Wednesday morning.

Officials said that fire broke out from one of the shops in the wee hours today and soon engulfed other shops in the market.

They said that soon after the incident, fire tenders and police reached to the spot to douse off the flames.

They said that at least 04 shops belonging to Abdul Rashid Nila, Aadil Hafeez Dar, Haji Mohammad Shafi and Rouf Ahmad were gutted in this massive blaze, while the cause of fire was yet to be known. kno