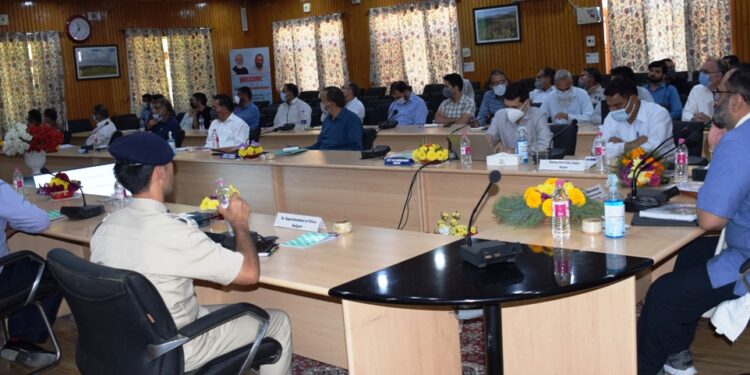 He said this during an interaction programme with DDC, BDC members, PRIs and locals at Harwan block of Srinagar district.

He said that since a special focus is being given on development of both air and road connectivity in Jammu and Kashmir, a major road network including highways, ring road, tunnels and other projects are being constructed across Jammu, Kashmir and Ladakh.

The Minister said that the development of connectivity shall bring more tourists to J&K and promote local craft. He said that the promotion of tourism and crafts shall boost economic activity and prosperity of people of J&K.

Scindia said that under the leadership of PM Narendra Modi, an era of peace, progress and development has already started in Jammu and Kashmir and all the three regions including Ladakh have come on track to become number one in construction and development in the country.

He said that among other major projects, work was going on in full swing on ring road worth Rs 3000 crore, while as 100 percent households are being supplied electricity now, made possible by current dispensation.

The Minister said currently 82 percent population is connected and being supplied tap water, however, the government is committed to cover all households in near future.

He said that the Modi led government was not only successful in curbing corruption in J&K but sectors including health, education and others have also flourished in the UT during these years.

The demands raised by the members included bridging developmental gap between urban and rural areas, construction of degree college and AYUSH Hospital in Harwan, development of area for rural tourism, better health and education facilities, deduction in power and water tariffs, loan waivers for drivers among others.

DC Srinagar, Mohammad Aijaz Assad, SSP Srinagar, ADC Srinagar, officers from RDD among others were also present on the occasion.