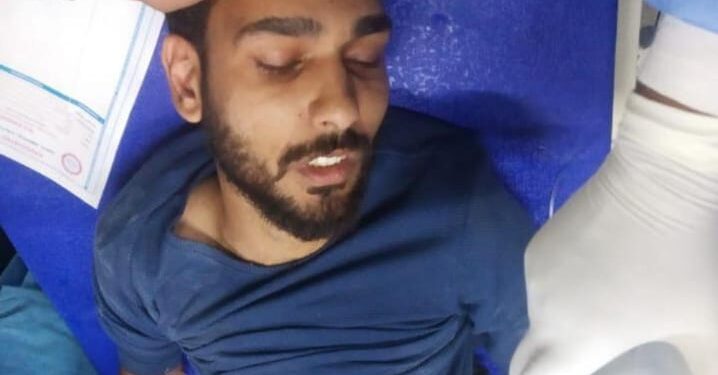 Srinagar, Sept 22: Police has registered a case into an “incident of firing”, leading to injuries to a “civilian” in Azadgunj Chowk Baramulla on Wednesday. While police said that the army has claimed it was an attempt of weapon snatching on part of the injured youth, the police said all angles are being looked into.

“Today at around 1235 hrs, reports were received that some gunshots were heard from Azadgunj Chowk Baramulla and a civilian has been hit,” police said in a statement.

Upon this, the police said, a case (FIR No 211/2021) was registered in Police Station Baramulla and further investigation taken up.

Injured civilian has been identified as Mohsin Soleh of Arampora had been shifted to hospital and “it transpired that he had received bullet injuries in the legs.”

“Statement of family and other witness in the matter are being recorded and evidences like CCTV footage etc is being collected,” the police said, adding, “Concerned Army unit has reported to police about attempt of weapon snatching against the said person, who has a history as an OGW.”

“The injured is stable and undergoing treatment,” the statement added. gns