Decomposed Body Recovered In Kulgam Suspected To Be That Of Missing Army Soldier, Police To Go For DNA Matching 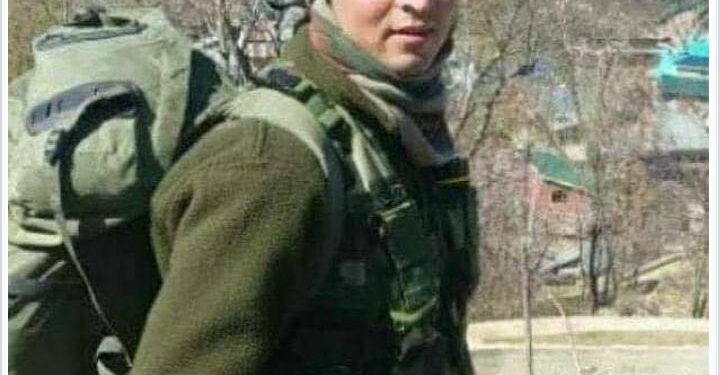 Kulgam, Sept 22: The decomposed body recovered in Kulgam district is suspected to be that of a Territorial Army soldier from Shopian who was abducted and allegedly killed by militants in the south Kashmir 416 days ago.

On 2 August 2020, Shakir Manzoor (24), a rifleman with the 162 Battalion of Indian Army’s Territorial Army unit, had come home at Reshipora Shopian to celebrate Eid. He was driving back in his car to a nearby army camp where he was posted when he went missing.

An official statement issued the next day said that Shakir’s burnt car had been found in neighbouring Kulgam district: “It is suspected that the soldier has been abducted by (militants). Search op in progress.”

As reported earlier the decomposed dead body was recovered from an orchard in Mohammadpora area of south Kashmir’s Kulgam district on Wednesday.

They said corpse was wrapped in a sheet (blue colored tarpaulin) near a BSNL tower and it had decomposed to the extent that skull is seen with flesh left in few parts only. gns