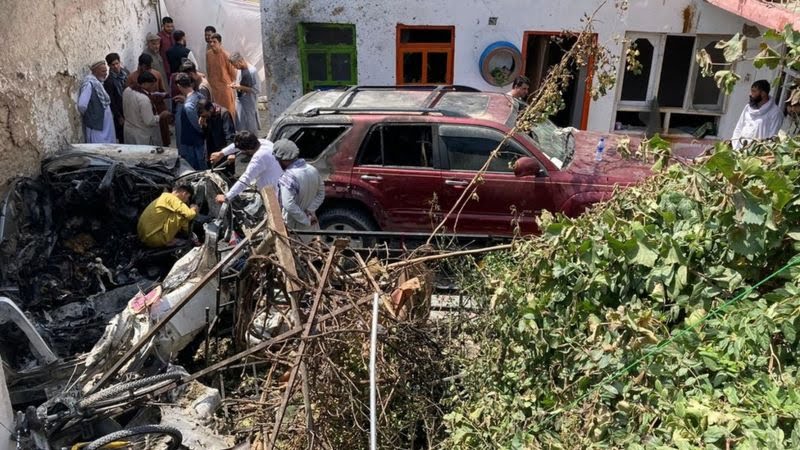 Kabul: The United States has admitted that the deadly drone strike in Kabul days before its military pullout had killed 10 innocent people in Afghanistan, the Al Jazeera reported.

A US Central Command investigation found that an aid worker and nine members of his family, including seven children, died in the 29th August strike, reports said.

US Central Command General Kenneth McKenzie said that US intelligence had tracked the aid worker’s car for eight hours, believing it was linked to IS-K militants a local branch of the Islamic State (IS) group,said reports.

The investigation found the man’s car had been seen at a compound associated with IS-K and its movements aligned with other intelligence about the terror group’s plans for an attack on Kabul airport, added reports.

Gen. McKenzie described the strike as a tragic mistake and added that the Taliban had not been involved in the intelligence that led to the strike. It was one of the US military’s final acts in Afghanistan, before ending its 20-year operation in the country. (Al Jazeera)