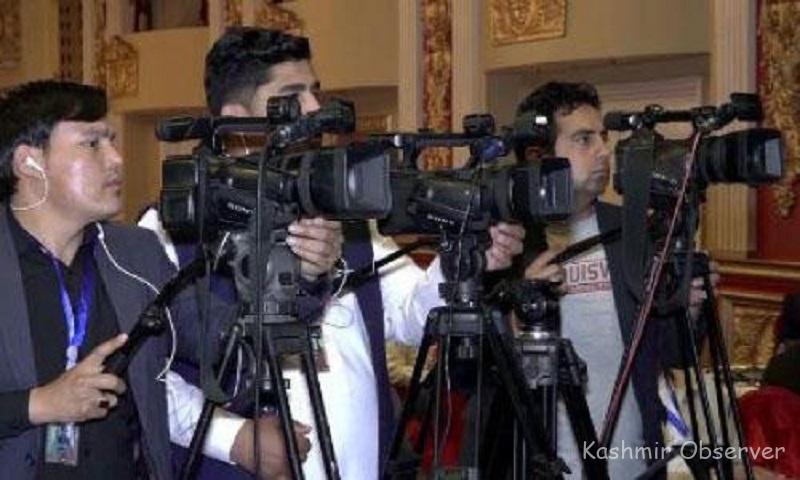 Kabul: Organizations supporting free media in Afghanistan said on Monday that since the fall of the former government in mid-August, 153 media outlets have stopped activity in 20 provinces, The Tolonews reported.

According to officials at the organizations, these outlets include radio, print and TV channels, and both economic problems and restrictions are reportedly the main reasons, reports said.

The officials said that if the media’s financial crisis is not solved and restrictions against them are not addressed, more outlets are likely to cease operating in the country, said reports.

“If the organizations supporting media do not pay attention to media outlets, soon we will witness the closing of the remaining outlets in the country,” Hujatullah Mujadadi, the deputy head of the Afghanistan Federation of Journalists was quoted saying.

“The continuation of this trend has created concerns. We urge the international organizations to take immediate action to address this problem. Otherwise, soon it will be the end of press freedom and other human and civil liberties,” said Masroor Lutfi, representative of the Afghanistan National Journalists’ Union.

“Officials from the media outlets that have ceased operating confirmed that due to economic problems and restrictions they were not able to operate anymore.”

Milma Radio, stationed in Paktika, is one of the outlets that recently stopped its activities. The radio was established in 2011 and covered political, cultural, economic and sports stories, said reports.

“Due to an inappropriate working environment and economic problems, we stopped our activities,” said Yaqob Khan Manzoor, editor-in-chief of the radio, according to reports.

According to Manzoor, Milma Radio had 35 employees with an outreach to 13 provinces. Now all of the former employees are jobless.

Jamaluddin Elham, a former reporter at the radio, said: “Unfortunately, due to economic problems our radio station has ceased operating.”

“The radio station stopped its activities due to economic shortcomings, and we lost our jobs,” Mohammad Ikram Shahab, a reporter said.

The Taliban, however, has said they will try to create safe environment for media and journalists to continue their jobs. (Tolonews)