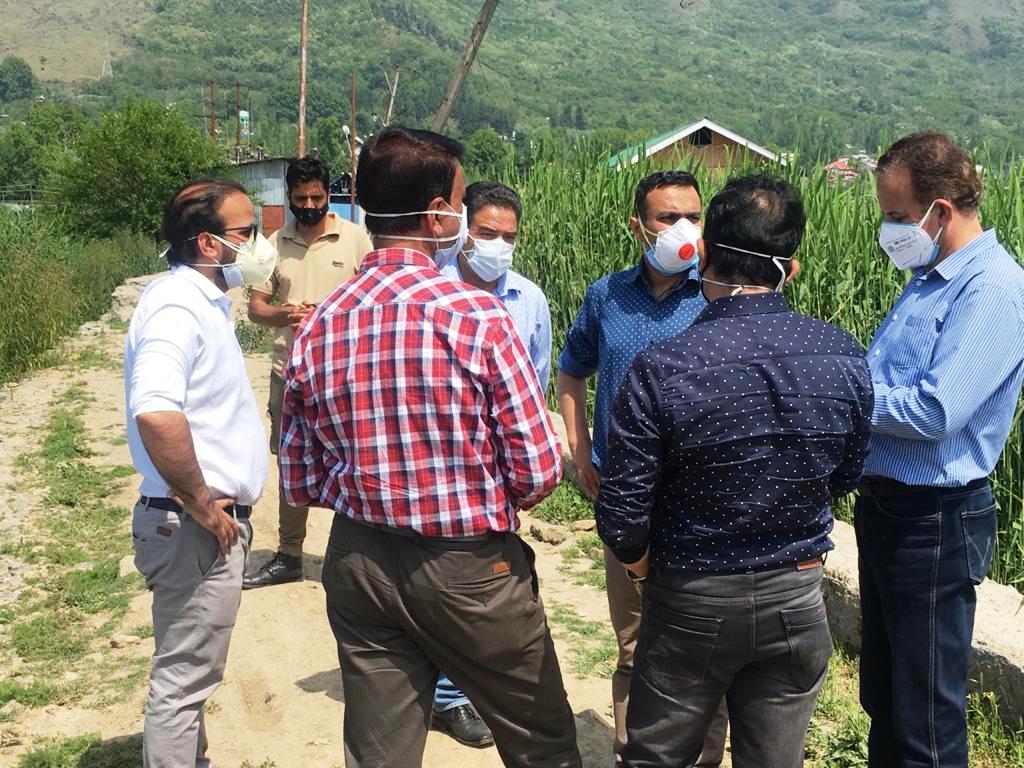 Srinagar, Sep 10: Lakes and Waterways Development Authority (LAWDA) has intensified its night vigil to prevent illegal constructions within the LDA jurisdiction and in the Dal Lake with vice-chairman LAWDA Dr Bashir Ahmed Bhat stating strict action will be taken against those involved in illegal constructions and encroachments.

A LAWDA official said that as directed by the LAWDA vice-chairman Dr. Bashir Ahmad Bhat, Vice Chairman, all the people residing within the LAWDA jurisdiction and in-lake are hereby once again directed not to go for any sort of illegal constructions / encroachments, as the Enforcement wing will continue with demolition of illegal constructions/ removal of encroachments.

“Furthermore, the Tipper/Load carrier owners are directed not to carry / ferry any construction material in the prohibited area of Dal/ Nigeen Lake without getting permission. Valid carriage permission tippers are directed to ferry the material through the designated routes as mentioned in the permission copy and in case anybody found without permission shall be dealt with as per law,” the official said, quoting VC LAWDA.

The official further said that in order to stop the menace of ferrying illegal construction material within the LAWDA jurisdiction a surprise Naka was laid by the Enforcement Wing of LDA in the intervening night of 09/10th Sept. 2021.

“During the checking the naka squad intercepted a tipper bearing Registration No. JK01P-1321 and seized it on the spot and was handed over to Police Station Nishat. In this regard, FIR stands registered vide No.92/21 u/s 188 IPC, as the tipper driver could not provide the necessary carriage permission, thus was carrying construction material illegally in the prohibited area of Dal Jurisdiction,” the official said.

“Besides illegally dumped material/Earth filling was also removed and seized on spot. Also legal action warranted under rules were initiated against the violators. During the demolition drive at some places there was minor resistance from the locals of the area, but the demolition team of this wing remained on forefront and conducted the demolition in a hassle free manner,” the official said. kno