Minor girl among 2 killed as tractor turns turtle in Bandipora 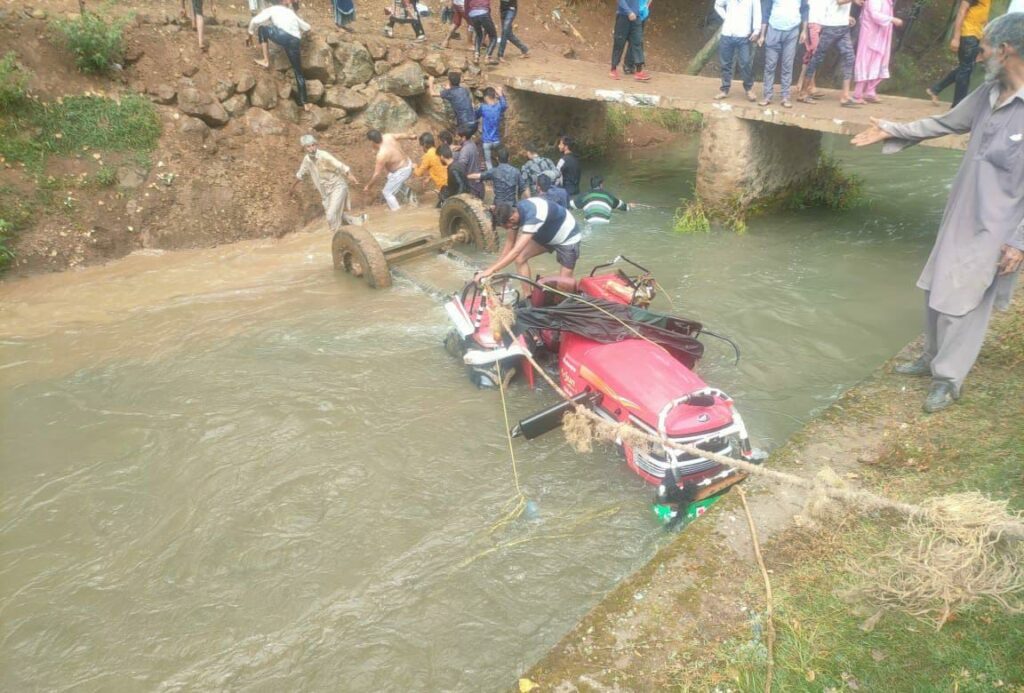 Bandipora, Aug 29: Two persons including an eight-year-old girl were killed while another suffered minor injuries after a tractor turned turtle at Badyara-Ashtangoo village in north Kashmir’s Bandipora district on Sunday afternoon.

An official said that three persons in a tractor were heading towards their orchard when the tractor turned turtle on the bund of a local stream near the village, resulting in their injuries.

The injured were rushed to the district hospital Bandipora where two among them identified as Zubair Farooq (18), son of Farooq Ahmad Dar and Tabasum Jan (8), daughter of Ghulam Mohammed Ganie were declared brought dead.

As per official, another injured was identified as Refaq Rasheed.

Meanwhile, police team also reached the spot and have started an investigation into the incident. kno