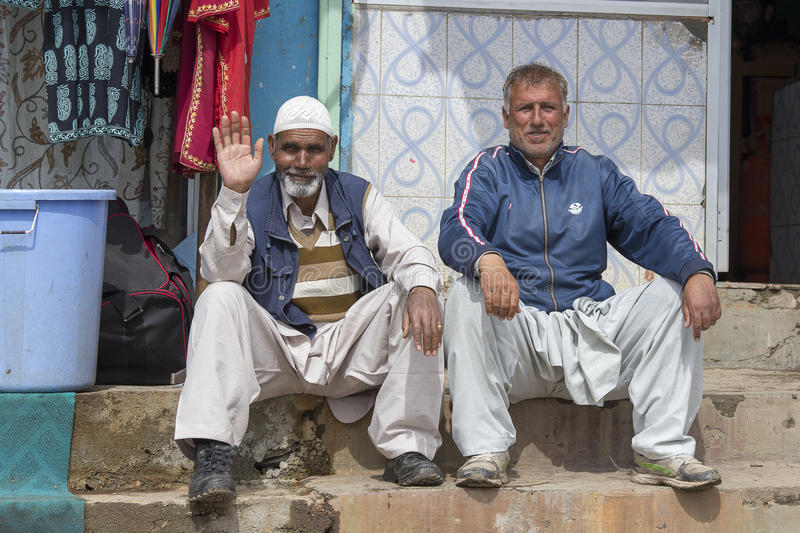 Leh, Aug 28: The Ladakh leadership comprising two premier groups based in Leh and Kargil Saturday said that they have raised the four-point agenda with the Union Minister of State Home during the meeting and it was held in a very cordial meeting wherein everyone was heard patiently.

The leaders of two combined prominent groups based in Kargil and Leh which include Kargil Democratic Alliance and Apex Body had called for Ladakh Bandh for Saturday after not being invited for the talks with the Minister of State in the Ministry of Home Affairs Nitiyanand Rai who had arrived in Leh on Friday.

The leaders Saturday said that they received a late-night invitation from the MoS Home for talks in Leh on Friday.

Addressing a news conference after meeting the MoS Home, the leaders of two groups said that the meeting with the minister was held in a very cordial manner and the leadership conveyed to the government about the four-point agenda put in the public domain already pretending to the demands of the people of the region.

Qambar Ali Akhoon, the former minister in the erstwhile state of Jammu and Kashmir and the Co-Chairman of KDA said that people of both the districts have supported them and observed a complete shut down on their call saying that such approach will help them to continue to raise the demands of the region in times to come.

The former minister said that some vested interests are not happy with the unity of the leaders of Kargil and Leh and want to split us by not inviting the prominent faces for the crucial meetings but all those individually invited from time to time have rejected them by reposing their faith in two groups including KDA and Apex Body.

“We have raised our four-point demand which includes statehood, job policy since no recruitment has taken place in the past two years with the resulting youth suffering, constitutional and land safeguard beside the separate Member Parliament for twin districts”, he said.

Asgar Karbalai the former MLA and Co-Chairman of KDA said that the MoS Home has assured that a joint committee will be formed within the next one month and a meeting will be held beside the minister also assured our delegation about the recruitment saying that a policy will be framed very soon for the youth of the region.

He said that had there been no shut down calls issued by the two groups they would not have invited KDA and Apex Body to the meeting today and it’s only because of the ‘Ladakh Bandh’ since there were no such intentions rather the decision was to ignore both.

“Home Ministry of India has recognized both Apex Body and KDA as the representation of the entire Ladakh region and all prominent faces from different communities are parts of these two groups and in case some people who don’t want to join us for talks doesn’t matter at all”, he said while replying a query.

The Apex Body Chairman Thupstan Chewnag in a brief media interaction echoed similarly in the post-meeting conference highlighting the assurances given by the MoS Home.

Notably, the two groups had agreed on 4-point agenda in the ensuing month, which includes full statehood to Ladakh, recruitment policy with a resident certificate on the pattern of PRC, separate Lok Sabha seats for Leh and Kargil districts, and constitutional safeguards under the 6th Schedule or Article 371

Meanwhile, the entire Ladakh region observed a complete shutdown on Saturday on the call issued by KDA and Apex Body with all business establishments closed for the whole day. kno