No Forecast Of Any ‘Significant Weather’ In Next 7-10 Days In J&K, Ladakh: MeT 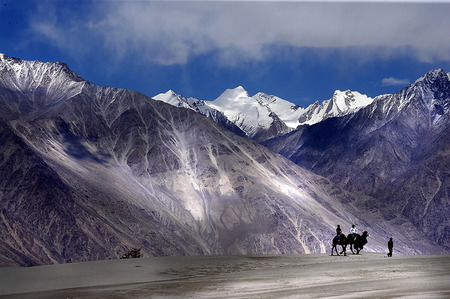 Srinagar, Aug 27: Meteorological department on Friday predicted hot and dry during next one week with possibility of “brief spell of light to moderate showers”, mainly during late afternoon and evening on August 28-30.

“Weather to remain hot and dry during next one week in both J&K and Lakdakh. However, a brief spell of light to moderate shower can’t be ruled out at isolated place s of j&k during 28-30th mainly during late afternoon/evening,” an official of the meteorological department said, adding, “There’s no forecast of any significant weather for next 7-10 days,” the official said.

The official said that Srinagar, the summer capital of J&K, reordered a low of 18.5 degrees Celsius against 16.4 normal for this time of the year.

The border town Kupwara recorded low of 15.9 degrees Celsius against normal of 15.0 degree Celsius, he said.

World famous skiing and tourist resort Gulmarg in north Kashmir recording minimum of 11.5 degrees Celsius against the normal of 11.0 degree Celsius for this time of the season for the place, the official added. gns