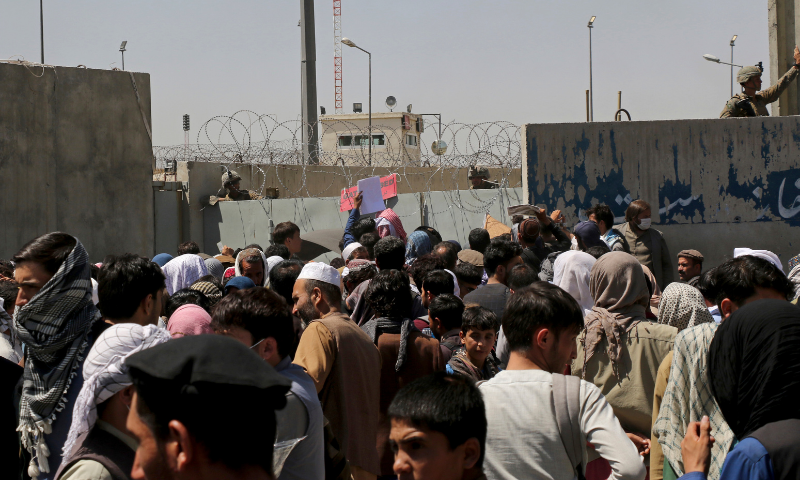 Kabul: At least 13 people have been killed in two powerful explosions outside Kabul’s international airport, a Taliban official has said, amid a huge and chaotic evacuation effort from Afghanistan, the Al Jazeera reported.

A “complex attack” on Thursday at the airport in Afghanistan’s capital caused a number of US and civilian casualties, the Pentagon said. A Taliban official said at least 13 people, including children, were killed in the explosion and that several others were wounded, reports said.

“The city’s main Emergency Hospital said on Twitter that at least 60 injured people were transferred to their facility so far.”

Pentagon spokesman John Kirby said one blast occurred near the airport’s Abbey Gate and the other close to the nearby Baron Hotel. Two US officials said at least one of the explosions appeared to be from a suicide bombing, said reports.

“We can confirm that the explosion at the Abbey Gate was the result of a complex attack that resulted in a number of US & civilian casualties,” Kirby said on Twitter.

“We can also confirm at least one other explosion at or near the Baron Hotel, a short distance from Abbey Gate.” (Al Jazeera)