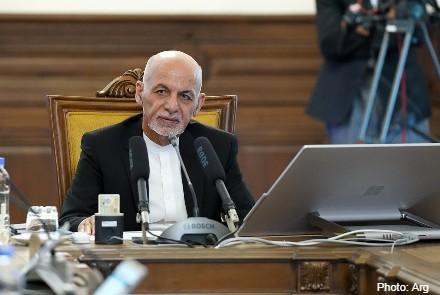 Abu Dhabi: The UAE Ministry of Foreign Affairs and International Cooperation in a statement on Wednesday said that “the UAE has welcomed President Ashraf Ghani and his family into the country on humanitarian grounds”, the Tolonews reported.

The ambassador for the former Afghan government in Tajikistan, Zahir Aghbar, removed Ghani’s portrait from his office and asked Interpol to arrest Ghani, said reports.

“Anyone can leave, but I am not the one to leave. Here (Afghanistan) is my home and grave,” Ghani said at a speech at Kabul University earlier this year.

“He left people to an uncertain situation and there was a power gap. It is extremely regrettable. It shows an extreme lack of commitment,” Mehrabuddin, a Kabul resident was quoted saying.

“The way he left the people is shameful,” said Ahmad Basit, another Kabul resident.

Moreover, Amrullah Saleh said in a tweet on Tuesday that in the absence, resignation, escape or death of the president, he is “the legitimate caretaker president of Afghanistan” according to the country’s constitution.

“The money that was sent to assist Afghans was taken out by the leader and his partners in crime. I hope he is taken to the international court,” Aghbar was quoted saying.

“I never had a lot of confidence, frankly, in Ghani,” former President of US Trump according to reports said.

“I said that openly and plainly. I thought he was a total crook. I thought he got away with murder,” he added. “He spent all his time wining and dining our senators. The senators were in his pocket. That was one of the problems that we had, but I never liked him, and I guess based on his escape with cash, I don’t know, maybe that’s a true story. I would suspect it is.”

“The country where Ashraf Ghani lives, wherever he is–and the UN–has the responsibility to address Ghani’s case. At least it will result in the return of Afghanistan’s property,” said Arash Shahirpor, a university lecturer and lawyer.