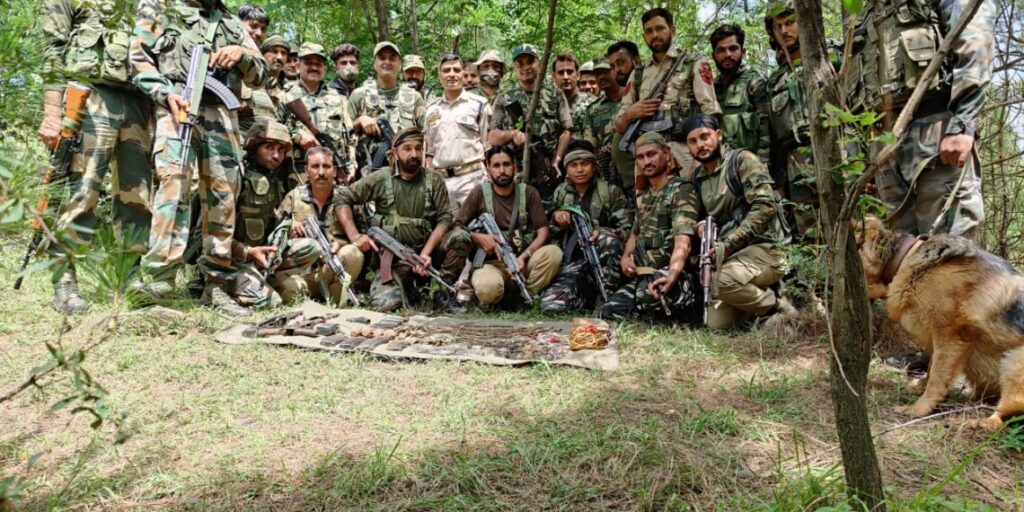 Jammu, Aug 9: BSF, army and police on Monday recovered two AK-47 rifles, a pistol and four grenades besides a cache of ammunition from a hideout in Poonch district, official said.

They said based on specific input, a joint operation was launched by BSF along with RR and SOG of police in the forest area at Sangad Mankot in Mendhar area of the mountainous district.

A police officer said the operation was led by DySP Poonch Manish Sharma (JKPS) under the supervision of SSP Poonch Dr Vinod Kumar (IPS). In this regard, he said FIR has been registered and investigation started. gns