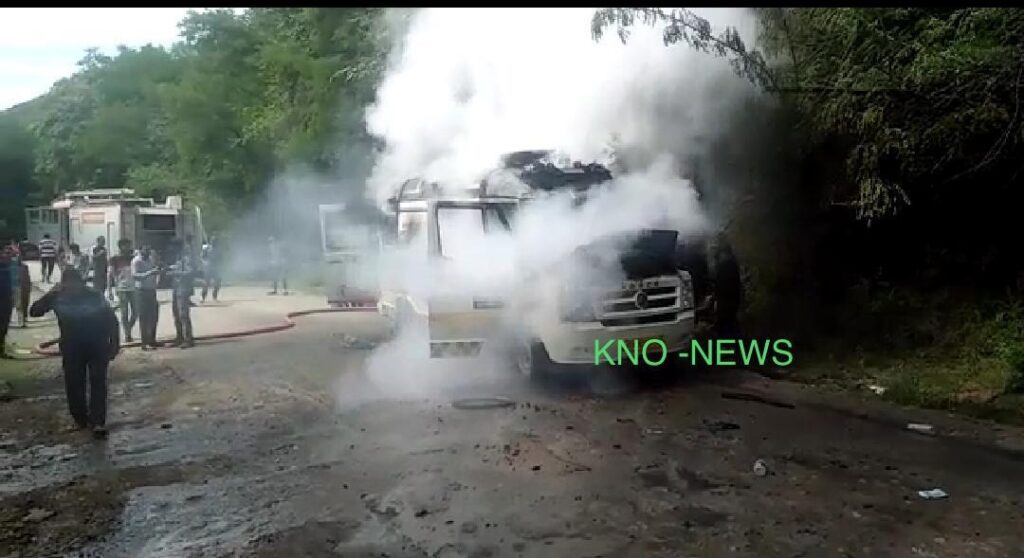 Bandipora, Aug 06: A moving ambulance caught fire near Chortheng Mod in Ajas area of North Kashmir’s Bandipora district even as the patient and driver escaped unhurt on Friday afternoon.

A police official said that an ambulance carrying a patient from Bandipora to Srinagar caught fire after its engine got heat up near Ajas.

He said that, however, the driver of the vehicle and patient escaped unhurt in the incident.

The official said that the fire was brought under control after fire tenders and a team of police from Ajas arrived at the spot, while the patient, who was in the ambulance, was shifted to Srinagar in another ambulance. kno