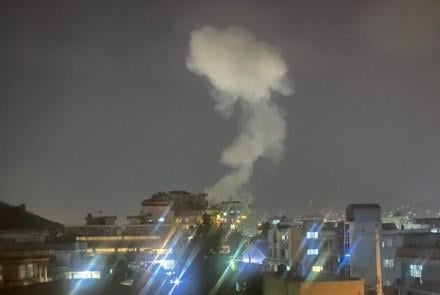 The attack happened in the Shirpoor area of Kabul’s District 10, an area crowded with houses owned by high-ranking government officials.

Security forces arrived at the scene shortly after the attack. Ambulances were also seen leaving the area within an hour of the start of the incident.

A Defense Ministry spokesman said that the defense minister is fine as he was not at his residence when the blast occurred.

The attack happened at a guesthouse belonging to the defense minister, sources said, adding that no one from his family was hurt in the attack.

Some lawmakers’ houses are also located in the area where the blast happened.

The attack comes as heavy clashes are underway between government forces and the Taliban in the city of Lashkargah in Helmand and in the city of Herat – in southern and western Afghanistan, respectively. Tolo news