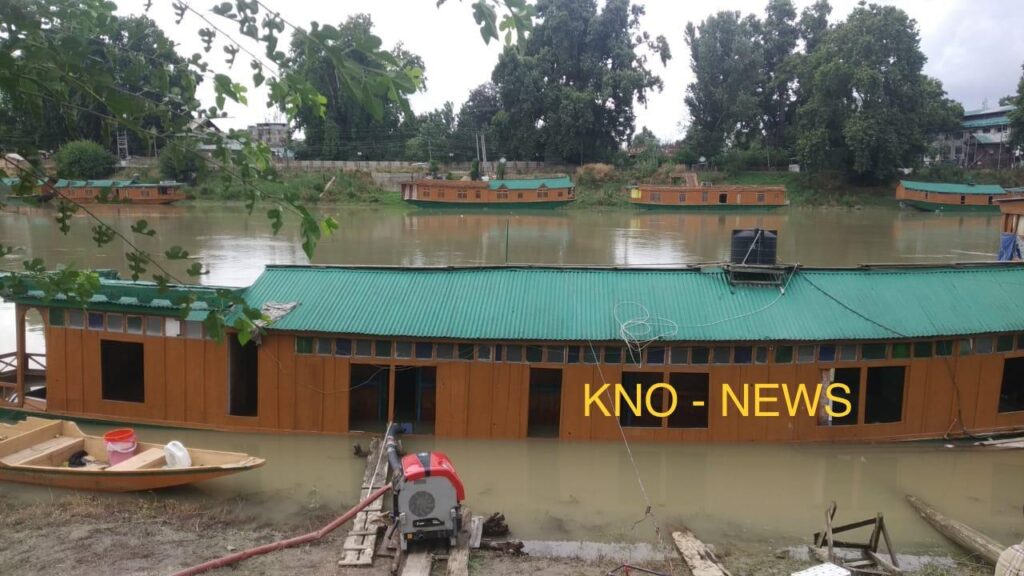 Srinagar, Jul 30: A family of five members was rendered homeless after a houseboat, they were living in, sank in river Jhelum near Museum in Lal Mandi locality of Srinagar late last night.

The family members said that they have been rendered homeless after their house boat sank into river Jhelum last night.

“They had a narrow escape as water entered the houseboat and it sank, while they jumped out of it and saved themselves from drowning. However, we have now been rendered homeless as we don’t any shelter where we can live. We are now putting up in neighbours houseboat,” said Mohammad Ashraf Kahankhasi, owner of the houseboat.

He said that he cannot afford repairing of the houseboat on his own as it cost around 1.5 lakh to repair the same, while they don’t have the resources to afford the repairing cost.