12 Police officers of 1999-batch, others selected for induction of JKPS officers in IPS 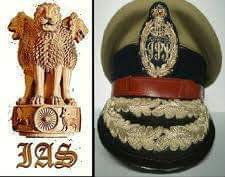 Sources told revealed that the panel which met here today gave its go-ahead for induction of 12 serving officers of JKPS in IPS.

The SCM was convened by the Commission to fill 28 vacancies of promotion quota of IPS in J&K.

The others selected for induction have already retired from service, sources disclosed.

They also disclosed that one of the officers of 1999-batch had voluntarily opted out from being considered for the induction while another was not considered due to certain issues.

According to IPS promotion rules, the committee records its recommendations in the shape of ‘Minutes’ which are signed by each member and the chairperson.

The proposal for induction of local officers in IPS was submitted by the J & K government to the Union Public Service Commission (UPSC) in May last year after MHA determined 28 vacancies.

It is pertinent to mention the induction of local police officers in IPS had remained suspended from 2010 onwards due to apathetic attitude of successive regimes of J&K coupled with litigation between direct recruit deputy superintendents of police (DySPs) and promoted DySPs. kno.