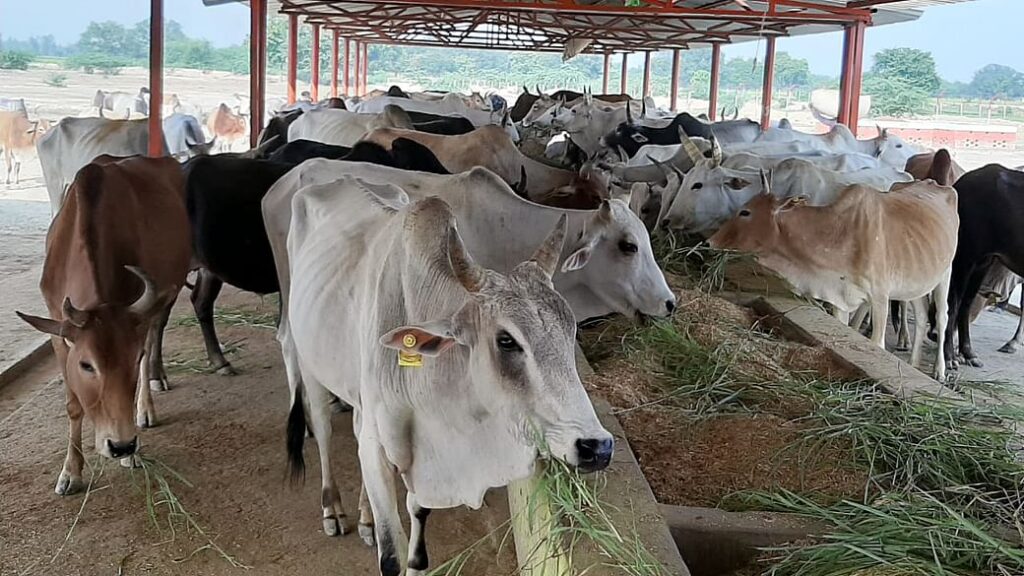 Srinagar, July 16: The J&K Animal/Sheep Husbandry and Fisheries Department has called for ban on slaughter of cows, calves, camels on the occasion of forthcoming Eid-ul-Adha in J&K.

In this regard, Director Planning, J&K Animal/Sheep Husbandry and Fisheries Department has addressed a communication to Divisional Commissioner, Jammu/Kashmir and IGP, Jammu/Kashmir.

While referring to an official letter bearing No: 9-2/2019-20/PCA dated 25.06.2021 received by it from Animal Welfare Board of India, Ministry of Fisheries, Animal Husbandry & Dairying, Government of India, the communication reads: “In this regard large numbers of sacrificial animals are likely to be slaughtered in the UT of J&K during Bakra Eid festival scheduled from 21-23 July, 2021 & the Animal Welfare Board of India, in view of animal welfare has requested for implementation of all precautionary measures to strictly implement the Animal Welfare Laws viz. Prevention of Cruelty to Animals Act, 1960; Transport of Animal Welfare Rules, 1978; Transport of Animals (Amendment) Rules, 2001; Slaughter House Rules, 2001; Municipal Laws & Food Safety & Standards Authority of India directions for slaughtering of animals (under which camels cannot be slaughtered) during the festival.” 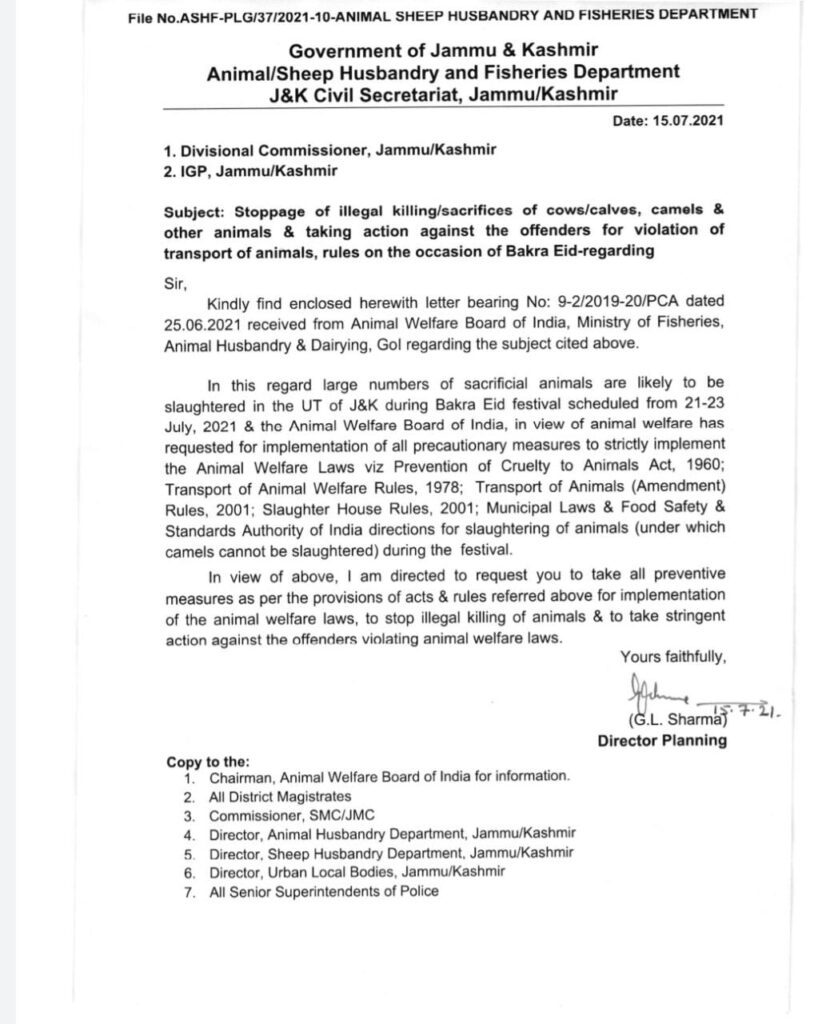 The letter further states: “In view of above, I am directed to request you to take all preventive measures as per the provisions of acts & rules referred above for implementation of the animal welfare laws, to stop illegal killing of animals & to take stringent action against the offenders violating animal welfare laws.” Copy of the letter has also been sent to Chairman, Animal Welfare Board of India for information and All District Magistrates, Commissioner, SMC/JMC, Director, Animal Husbandry Department, Jammu/Kashmir, Director Sheep Husbandry Department, Jammu/Kashmir, Director, Urban Local Bodies, Jammu/Kashmir, and All Senior Superintendents of Police.

When contacted District Development Commissioner Srinagar Aijaz Asadh said that he has not received any such copy from any quarter. knt