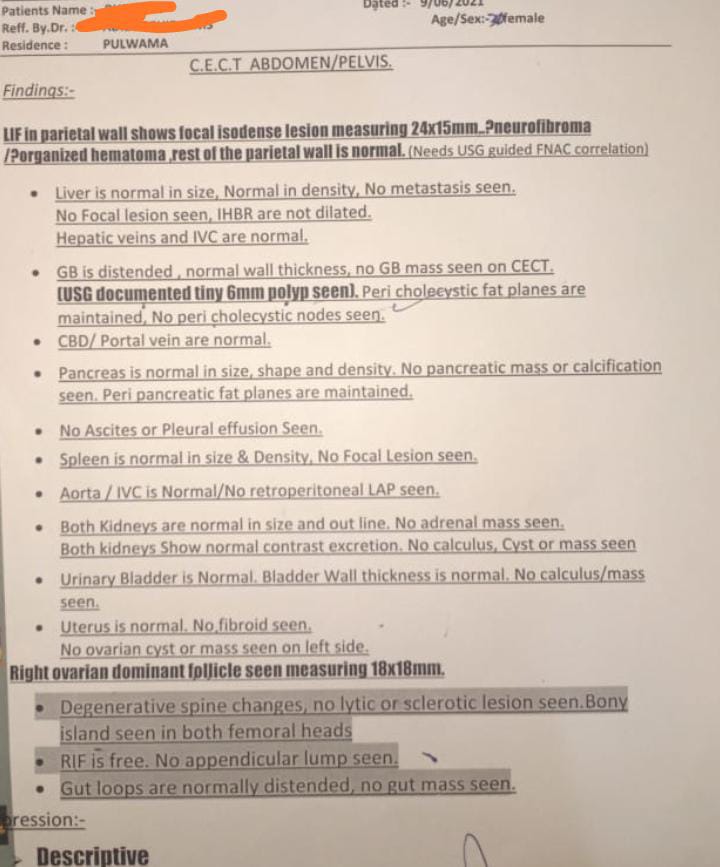 Srinagar, Jul 08: In a shocking medical negligence, a 26 year old woman from Pulwama, who was supposed to undergo a gallbladder removal surgery at Srinagar’s Classic hospital, has accused doctors of removing her uterus during the operation.

According to the family, the 26 year old was diagnosed with the presence of a 6mm polyp on her gall bladder and was advised to undergo a surgery late in June.

To her surprise, not only did her post surgery checkup reveal the surgery was not required as the polyp was too small to be removed, the woman also received a rude shock when an ultrasound revealed her uterus was missing.

The family also claimed that when confronted, the classic hospital management first refused to take responsibility and later pleaded for a “compromise”.

Brother of the 26 year old patient  said they are in mental trauma, as her sister had married just a couple of years back.

“All we want is justice so that there won’t be any more victims of medical negligence by doctors,” he said.

“We have been devastated. We can never ever complete our family now,” said the husband of the lady, adding that it is like a death sentence for the family.

The family said with no recourse or hope they have to file an FIR.

“The reality is that we will never be able to conceive of it as haunting and is already causing a lot of mental trauma. We are in disbelief. What worries us is also the fact that removal of body parts in such a manner will affect the health of my wife for her entire life. Our life has been derailed,”husband said.

Meanwhile when the  Managing Director of the Classic Hospital was asked about the alleged medical negligence, to which she said’ “that she has no information about it.”

“However if anyone has any issue, they can directly approach me as I am the authority.”

“I am not sure with whom they have spoken, or who has spoken on my behalf, let them approach me as I am the authority, if there is any case of medical negligence, we will initiate a departmental enquiry into it and assure the justice will be done,” she said. kno