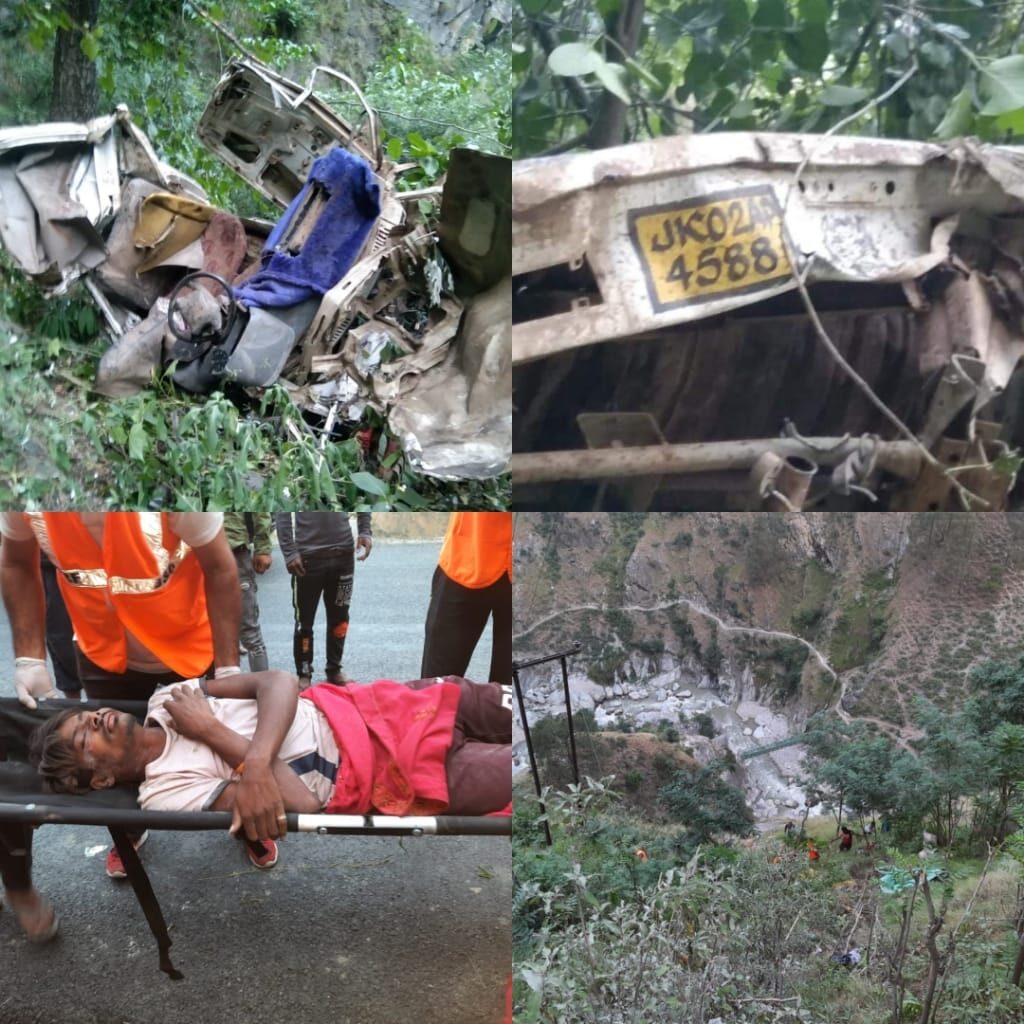 Jammu, Jun 30: At least four persons died while four others received critical injuries when a load carrier carrying labourers met with an accident near Khooni Nallah in Ramsu area of Ramban district on Wednesday morning.

Officials said that Srinagar bound TATA Mobile, carrying labourers of Chhattisgarh rolled down from the highway and fell into a deep gorge near Khooni Nallah in the wee hours today.

They said that said four persons are feared dead including a 2-year-old boy and two women, while four have been rescued, who have received critical wounds.

Officials informed that soon after the incident Ramban police along with local QRT, SDRF and Army launched a rescue operation. kno