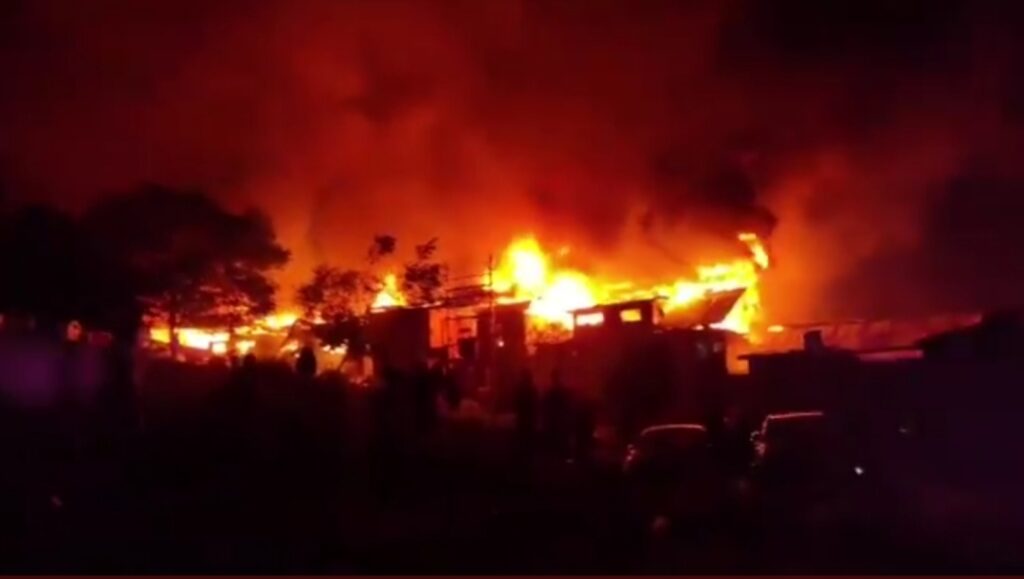 Jammu, June 29: At least eight houses were gutted while over 35 others are engulfed as massive fire rages in hilly area of Banihal in Ramban district, officials said.

They said fire erupted in Hijwah village of Mahu Mangit area under the jurisdiction of police post Khari.

The area is hilly and houses are mainly made of wood, the officials said. So far eight houses have been gutted in the fire the cause of which is still unknown. The area is around 40 kilometers district headquarters.

SHO Banihal Nayeem Matoo said that efforts are underway to douse off the flames. gns