BJP’s J&K unit to participation in meeting with PM on June 24: Ravinder Raina 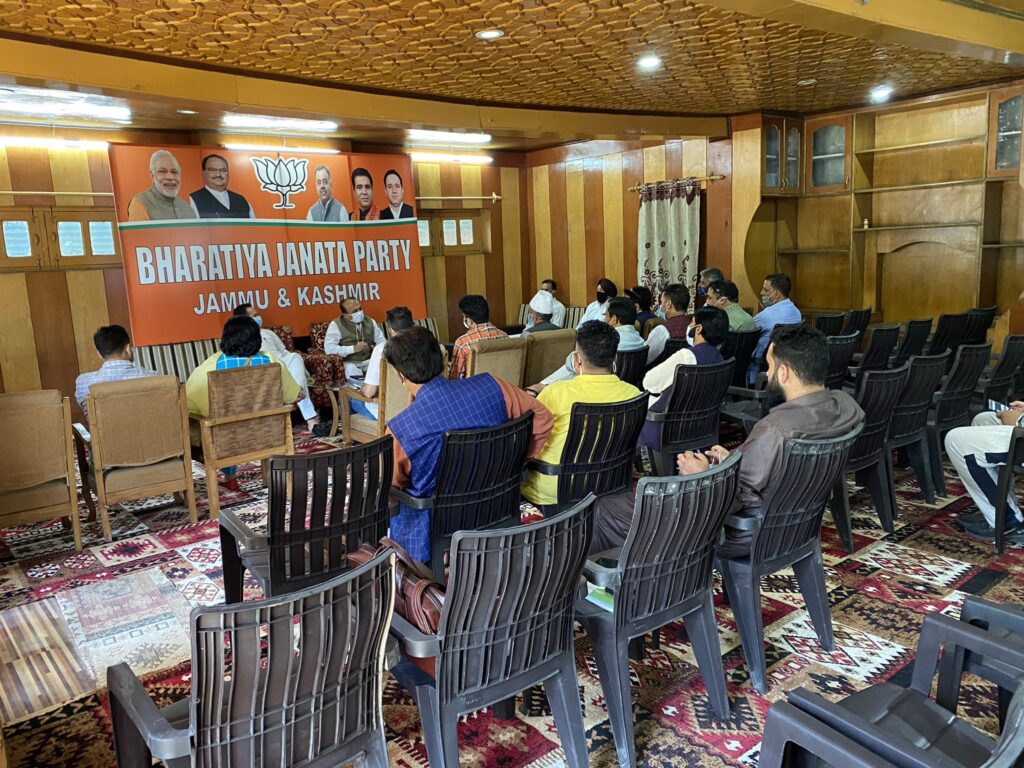 The All-Party Meeting scheduled to be held in New Delhi on June 24 will be chaired by Prime Minister Narendra Modi.

BJP’s J&K Chief Ravinder Raina while addressing the reporters at party headquarters in Jammu as said that “I along with other party leaders will participate in the meeting and hopefully, all those invited will also participate.”

Flanked by senior party leaders including the former deputy chief minister of J&K Kavinder Gupta, Raina termed the meeting as important for J&K, saying that it has a separate sanctity as the issues related to the people of J&K will be discussed. He said BJP will talk on behalf of the people of Jammu and Kashmir.

To a query, he said that India has always engaged itself in dialogue with neighboring countries and has developed good relationships with other nations as well but national interest is the priority. “India’s sovereignty and integrity is the topmost priority and will continue to be,” he said.

Pertinently, PAGD, a conglomerate of political parties here also announced its participation in the All Party Meeting. Several other J&K leaders have also been invited for a meeting. kno