No need for nuclear deterrents once Kashmir issue is resolved: Imran Khan 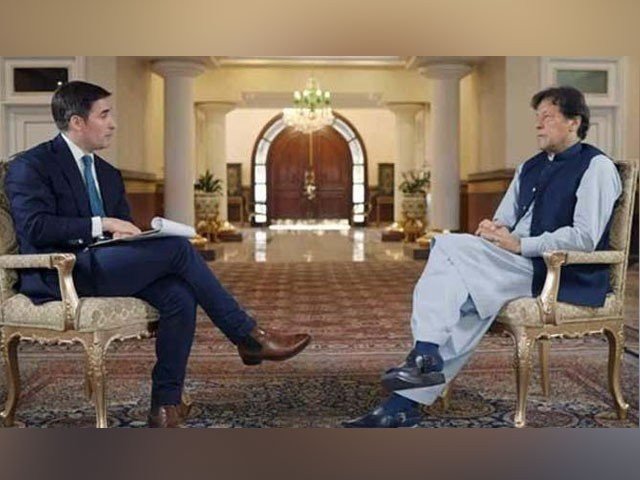 Islamabad: Prime Minister Imran Khan has said that once the Kashmir issue is resolved, there will no longer be any need for nuclear deterrents, Dawn news reported.

He said this while speaking to journalist Jonathan Swan on Axios on HBO. “Intelligence analysts say Pakistan has the fastest growing nuclear arsenal anywhere in the world. Why?” the interviewer questioned.

“I don’t know where they’ve come up with this. Pakistan’s nuclear arsenal is simply a deterrent, to protect ourselves,” he said, adding that he was “not sure” whether it was growing. “As far as I know, it’s not an offensive thing. Any country which has a neighbour seven times its size would be worried.”

He went on to say that he was “completely against nuclear arms”. “I always have been. We’ve had three wars against India and ever since we have had a nuclear deterrent, there has been no war between the two countries. We’ve had border skirmishes but we’ve never faced war.

“The moment there is a settlement on Kashmir, the two neighbours would live as civilised people. We will not need to have nuclear deterrents.”

Asked why he was so outspoken about Islamophobia in the West but silent about the genocide of Uighur Muslims in China, he said that all issues were discussed with China “behind closed doors”.

“China has been one of the greatest friends to us in our most difficult times. When we were really struggling, China came to our rescue. We respect the way they are and whatever issues we have, we speak behind closed doors.

“I look around the world what’s happening in Palestine, Libya, Somalia, Syria, Afghanistan. Am I going to start talking about everything? I concentrate on what is happening on my border, in my country.”

He questioned why this was such a big issue in the Western world when the people of Kashmir were being ignored. “It is much more relevant. Compared to what may be going on with the Uighurs, 100,000 Kashmiris have been killed,” he said, adding that the  valley had been turned into an “open prison”.

“Why is that not an issue?” he asked, adding that he considered it to be “hypocrisy”.

He said that he was concentrating on the things that concerned the country and its borders. “One hundred thousand Kashmiris dying, that concerns me more because half of Kashmir is in Pakistan,” he said. (Dawn)